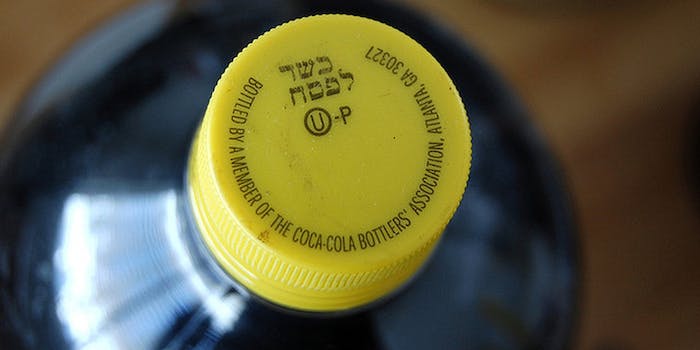 What’s the hubbub over .kosher and .halal domains?

The two domain endings received different treatment by an advisory committee, but that's not even what opponents are most upset about.

This is why custom endings to domain names are not worth it.

New domains called Generic Top-Level Domains (gTLDs) are being created by the Government Advisory Committee (GAC), which is also choosing which domains will proceed to creation. This will allow people to tag their websites with words other than the usual .com, .net, .org, .edu, etc.

Some of the new domains are raising both legal and philosophical problems.

The GAC denied an application to create .halal, based on a Muslim term meaning any food or activity deemed appropriate under Islamic law. The .kosher domain is exactly the same except “under Jewish law,” yet it remains in the running, waiting to be evaluated by GAC.

Islamic leaders were given the chance to protest the .halal domain, and rabbis are now angry they were not allowed to present a case against the .kosher domain. Without regulation, someone could create HitlerFarts.kosher, which Jews and rabbis would presumably find offensive, but relatedly there is no way to know what will qualify for a .kosher domain. Since there are different factions and sects of Judaism, Jews observe different rules of kashrut, or dietary restrictions set in the Torah; a website for an Orthodox Kosher organization could have a .kosher ending, as well as a website for a Reform Kosher organization.

Kosher certification organizations on the Web that are not applying to get changed to .kosher are against the application for .kosher proceeding because it would cause confusion (see: HitlerFarts.kosher). From their perspective, the creation of .kosher would make it a nightmare to figure out what could/could not be listed in the .kosher registry, since every kosher certification organization has its own standards. .Halal was raised by the objectors as an example of why .kosher should be denied.

In a letter to the Internet Corporation for Assigned Names and Numbers, kosher certification organizations responsible for 63 percent of kosher ingredients worldwide objected to the unequal treatment of the applications for .halal and .kosher. The letter said that the GAC and ICANN rightly raised concerns about .halal but did not do the same for .kosher. The GAC said it objected to .halal because religious issues are unusually sensitive.

The organization that proposed .kosher, The Committee for the Advancement of Torah, via a corporate entity called Kosher Marketing Assets LLC, wants .kosher to get approved so it can promote the kosher certification organizations that are its clients. According to reporting on The Domains the .kosher application said:

Rabbis are worried this creates an unchecked restricted registry of seemingly “approved” kosher certification organization websites—i.e., some orgs will seem more legit than others. The opponents want the GAC to deny it for the same reason it denied .halal, and they’re upset the committee didn’t deny both at the same time. Although it was objected to by the committee, .halal’s applicants requested an appeal and are awaiting further action.