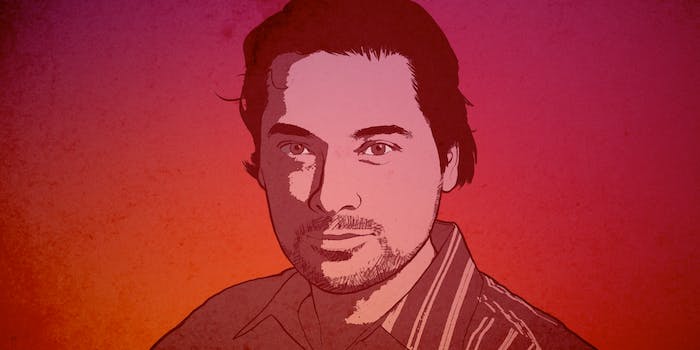 How the Pulitzer-nominated photojournalist is now making his career on social media.

Richard Koci Hernandez began taking photos when he was 14 years old, and has been a working photographer since he was 18. “When I found out you could do this for a living, I was like, this is the biggest scam ever,” Hernandez tells me. “I’ve been trying to stay in this profession for as long as I can.”

Over the past 30 years, that’s meant taking on a lot of different gigs: commercial photography, wedding photography, magazine work, and a steady job as a photojournalist at the San Jose Mercury News. And he’s had a lot of success: He’s won an Emmy (for the documentary Uprooted) and been nominated for two Pulitzer Prizes (one for work on the Latino diaspora and one on the California Youth Authority). But it wasn’t until Instagram came around that he was able to set those other gigs aside—save a teaching position at the UC Berkeley Graduate School of Journalism—and begin to simply work to develop his own personal vision.

So what happened for me was, first, they made this “popular page” to build followers for certain accounts, and because I was early to the app, I was lucky enough to get on it. That brought me from hundreds to 1,000 or 2,000 followers. Then they had this thing called “suggested users,” and that bumped me to 5,000. Then a bunch of articles came out. I kind of rode the wave of Instagram, pointing out that I’m lucky I got on it early, and then that it got press.

How did you build from there, after the initial press bump?

Around the 12,000 range, I realized I was treating Instagram as a one-way street. I wanted people to look at my work and comment. Then, I really started engaging in the comments and I saw growth through interaction. I went out of my way to find other photographers, comment on their work, tell them I liked their work, why.

Another thing I noticed were the images of mine that people were responding to. Fortunately for me, it was the kind of thing I liked to do, which was my black and white work. And I have this weird fascination with men in hats, and people were responding to that too. So that became my thing. My feed became very consistent. If you scrolled up, it was black and white, minimalist, clean.

Twitter and Instagram have had issues with people stealing other’s work and making a profit. Have you?

I’ve never organically found my work in another feed, but I’ve had people say, “I was on this feed and this person is using your image with no credit.” Normally, I tell the person, that’s my image, give me credit. Mostly, it’s a younger person, and they apologize, and either take it down or give credit. I don’t mind. That’s what you sign up for if you’re a photographer and posting your images.

After that, I let the image sit. At any time, I’m sitting on tons I’ve made that I love. But I only let them leak into the online world, instead of this firehouse approach of sharing everything. I think that’s one of the lost arts of photography. Nobody edits anymore.

So, I put things out depending on my mood, often with a quote. I’m very deliberate. I’ll go a week, two weeks, three weeks without posting. And sometimes, I’ll post one or two images in a week. It’s very much an artistic diary.

Are you ever worried with your career so entwined with a particular social media that they may suddenly tweak the algorithm, or even shut down?

In the old days, audiences were the town square. Everybody went, that’s where the cryer went; it was predictable. But now, audiences are a moving target. Now it’s maybe Facebook, but maybe it’s moving to Snapchat, then maybe to something we don’t know. I’m going to go there. I’m not afraid to go where the new thing is and put my wares out. It’s like a flea market. I have something to show, something I’m passionate about.

Right now, the place is Instagram. If it were to fold, it’d fold because of something else. I love social media. I love putting my stuff out there. I love being inspired by other people, and hopefully having my work out there inspiring people.