Kinsey Reporter wants you to catalog your sex acts for science

It also hopes to de-stigmatize fetishes and track sexual assault.

But in an age where we question the morality of butt stuff, a mobile app hopes fill the void of sexual misunderstanding by catapulting Kinsey’s research ethic into the 21st century.

The Kinsey Reporter app allows users to contribute data about their sexual activities while remaining completely anonymous. You can look around and see what other people are up to in your area, or on the other side of the globe—all while offering researchers data to use in their studies.

But at its core, Kinsey Reporter aims to inspire users to be more open about various sexual behaviors that may be considered deviant—and to be more comfortable reporting unwanted or violent sexual encounters.

The app first launched in 2013 through a collaboration between the Kinsey Institute and the Center for Complex Networks and Systems Research (both at Indiana University, where Kinsey was based), but a PR hiccup during its release pumped the breaks on data collection. Now developers hope to rejuvenate interest in the app.

“We realized that most of the Kinsey Institute was based on traditional methods like interviews and questionnaires,” Fil Menczer, director of the Center for Complex Networks and Systems Research, told the Daily Dot in a phone interview. “Now we have this amazing mobile platform to collect data from all over the world.”

Anonymity and user privacy was a huge concern that the app developers wanted to address in its creation. Menczer said that his department specializes in privacy in mobile crowdsourcing. To keep data private, users don’t have to set up an account or connect with a social media platform in order to use the app. You simply open it up and put in your data. 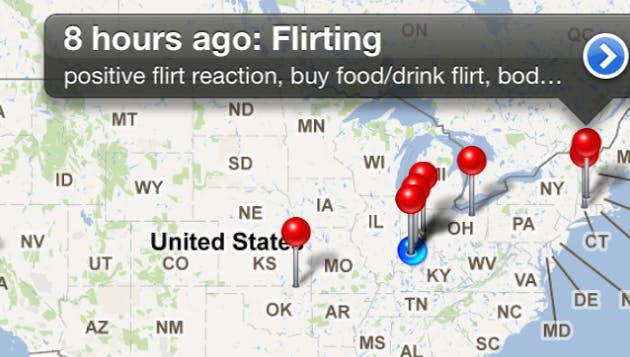 Users can also choose if they want to report their activities at the city, state, regional, or country level. But to ensure that a person living in a very small town can’t be traced to the app, there is also a delay of several hours between when the data are logged and when such data appear on the app.

The anonymity, however, also limits how researchers can use the data. Each report is independent of the last, so it’s impossible for researchers to tell if two reports came from the same individual or from different people. This means doing things like figuring out the average number of people who might have a certain predilection is impossible.

But the anonymity is also a strength, Menczer said.

“Because of this anonymity, we hope that users disclose info about things they are not comfortable disclosing—violence, STIs, stigmas,” Menczer said. 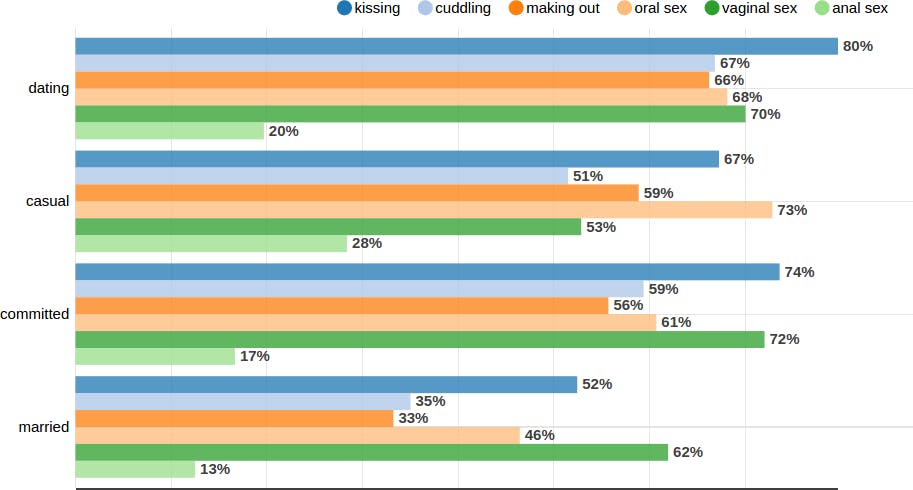 “We also use it to collect info on sexual violence on campuses,” Menczer continued. “We know this is a widely underreported problem for a lot of reasons. We hope that the complete anonymity might encourage more people to report these behaviors so we can understand them a bit better.”

For example, if a particular college town is linked to a large number of reported rapes, then it might point to a problem within that town or campus that needs to be addressed. “If you know that there are 50 rapes in this location, that’s maybe actionable information,” Menczer said. It could help authorities be on alert, as well as prompt college campuses to increase security and raise awareness among students.

The Kinsey Reporter has much less grim implications too, of course. It can be a way for people to report sex acts that they might feel uncomfortable revealing in a survey or via a face-to-face interview. It may also uncover that certain fetishes or so-called deviant acts are actually quite common across the country—thus dispelling some of their stigma.

So far, at two years old, the app hasn’t exactly ushered in the latest wave of the sexual revolution, and Menczer thinks he may know why.

In order to launch the app, the developers had to approve their data collection and anonymity protocols with various regulatory agencies that made sure there was no risk to the users participating in the app. Once they got the all-clear, they launched the app to much media fanfare.

But, according to Menczer, a new vice president at Indiana University—hired just days prior—pumped the breaks on the app. She was not aware of the app’s existence, Menczer said, and requested to review it herself.

Menczer described this decision as a well-meaning “abundance of caution.” But the headlines in the papers the next day read that the Kinsey Reporter was taken off the app store due to “privacy concerns,” potentially harming its reputation.

To add insult to injury, the second review process took roughly a year, Menczer said. Though the app passed all its reviews with flying colors, the media was less interested in writing about an app that ended up being perfectly safe to use. Add that to a lack of funding for an ad campaign, and it might explain why user reports are few and far between. Menczer said they’ve mostly had to rely on journalists approaching them for stories and word of mouth for promotion.

But Menczer and his team still believe the app has a lot of potential.

“We believe in it, we’re still excited,” Menczer said. He hopes the Kinsey Reporter will carry on Alfred Kinsey’s legacy. “The Kinsey Institute has been dedicated to studying things that are actually quite normal and common—now we can study this at a larger scale.”