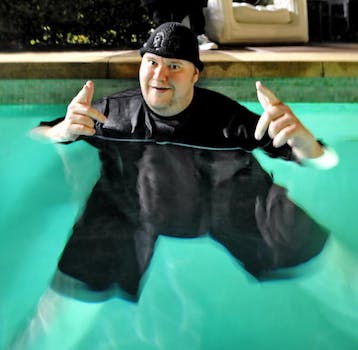 Dotcom also blames the U.S. government and French media conglomerate Vivendi for the loss of his Me.ga domain.

Kim Dotcom, the flamboyant Web entrepreneur who created the file-locker site MegaUpload and who has triumphantly announced, a new, “raid proof” filesharing site called Me.Ga, has lost control of that domain.

The culprit? Either a shadowy hacker group called OMEGA, the government of Gabon, or, as Dotcom believes, a joint effort between the United States and the French video company Vivendi.

Dotcom announced Me.Ga on Halloween. He deliberately avoided choosing an eponymous .com address, he wrote on his site, because those are hosted in the United States. (Dotcom’s New Zealand home was violently raided in January at the behest of U.S. authorities, a move the country’s High Court later declared illegal, because of MegaUpload’s alleged copyright violations.)

But Gabon’s Communication Minister, Blaise Louembe, announced Tuesday that he was suspending Me.ga.

“Gabon cannot serve as a platform or screen for committing acts aimed at violating copyrights, nor be used by unscrupulous people,” Louembe said.

That wasn’t Dotcom’s only trouble. Though Me.ga currently simply doesn’t load, according to TorrentFreak, on Wednesday morning Me.ga was redirecting to a different Gabonese site, Ome.ga.

Ome.ga added that it was happy to sell the domain name to one of Dotcom’s enemies, Universal, which has previously accused him of copyright infingement.

Dotcom, for his part, took to Twitter to blame the seizure on “the reach of the U.S and Vivendi,” which owns Universal, and indicated they simply got Gabon to do their bidding. “Gabon oil income is 60% of state revenues. Over half of Gabon’s crude oil shipments go to the U.S. We knew that,” Dotcom wrote.

He added that his new site would still launch, just without the .ga domain. “Don’t worry. We have an alternative domain. This just demonstrates the bad faith witch hunt the U.S. government is on,” he wrote.