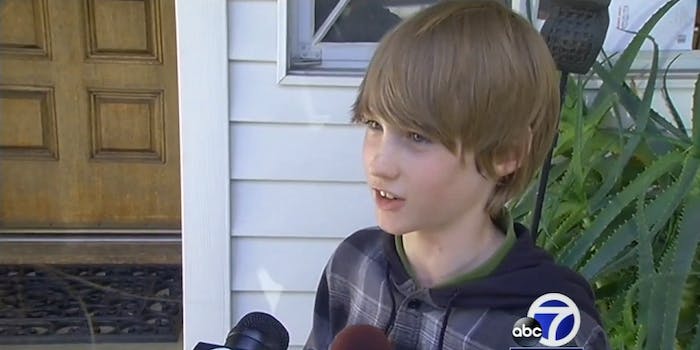 With no cellphone reception or a GPS on hand, Bode wasn’t able to call for help.

Nine-year-old Bode Bierdneau and his father, J.T., were snowmobiling in Lake Tahoe, Calif., when an accident left J.T. crushed underneath the snowmobile with a broken leg. Bode dug him out until his fingers became numb.

With no cellphone reception or a GPS on hand, Bode wasn’t able to call for help, so he set off to find anyone who could help.

“I was pretty nervous and it was just a lot of pressure on me,” Bode told KGO. “I didn’t know where to go and it was really hard.”

After walking miles in the snow, he found a tourist group, who called for help. Bode’s dad was taken to a nearby hospital by helicopter, where he received emergency surgery. Both his parents are hailing him as a hero and his mom credited his “grounded” nature for keeping a level head in the situation.