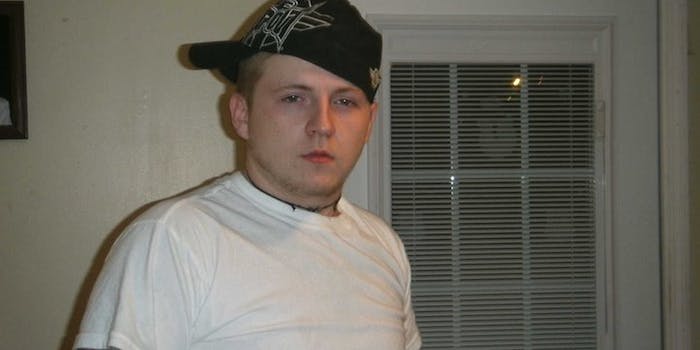 This would be the worst episode of Justified ever.

A Kentucky man has been arrested after allegedly stealing gas from a police car, having a friend take a picture of the act, and putting it on Facebook.

The files and status updates have since been deleted, but The Smoking Gun has a photo of a man who appears to be Michael Baker, 20, flipping off the camera as he siphons gas. The car is clearly marked as a Jenkins, Ky. police cruiser.

Baker appears to be wearing the same shirt and hat in both his profile picture and the incriminating photo in front of the police car.

Police say the photo was widely shared among his friends, and eventually someone tipped them.

On Tuesday, Baker posted “just got out of jail” as a status update on his Facebook page. In the comments, he adds “lol i went too jail over facebook” and “did u see the pic i put on here.”

Baker is set to be tried by jury for misdemeanor theft May 14.