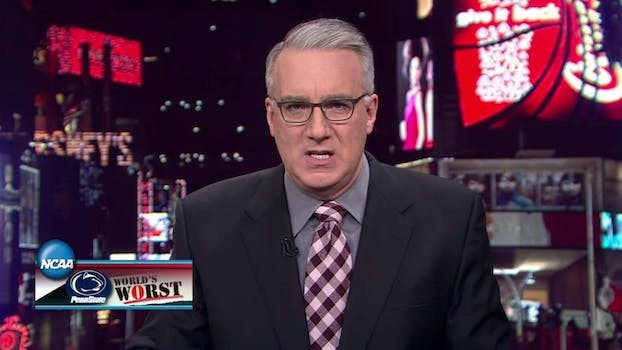 "Football was more important to them than saving children."

Yesterday, the NCAA announced it will restore 112 wins to Penn State’s all-time record that were erased during the Jerry Sandusky child molestation scandal.

That will make Joe Paterno—widely criticized for ignoring the abuse—the winningest coach in college football history once again. There’s talk of his 7-foot statue returning to campus.

At Penn State, there was celebration. Elsewhere, and on Keith Olbermann’s ESPN program, the mood around what he called “this reprehensible bargain” was overwhelmingly negative.

“All those victories will now be restored and Paterno will again become the winningest coach in major college football history,” Olbermann said. “Because, of course, he was the real victim here.”