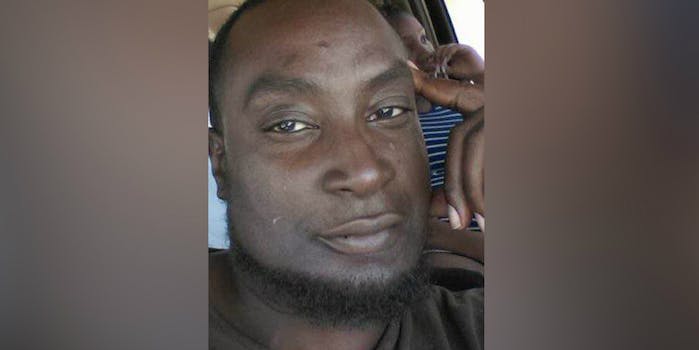 No charges for Charlotte officer who killed Keith Lamont Scott

The North Carolina police officer who shot a man while his wife recorded the incident will face no criminal charges, prosecutors announced on Wednesday.

Officer Brentley Vinson of the Charlotte-Mecklenburg Police Department shot 43-year-old Keith Lamont Scott outside his home in Charlotte in September. Vinson and other officers were at the Village at College Downs apartments to serve a warrant for an unrelated matter.

Vinson says he saw Scott in his car, rolling a joint and holding a gun, before firing on the man as his wife, Rakeyia Scott, pleaded with officers not to kill him.

Vinson’s killing of Scott sparked widespread protests and rioting in Charlotte as citizens took to the streets to protest police use of force against African-Americans. Scott was black, as is Vinson.

Police officers rarely face criminal charges for shooting suspects while in the line of duty. In 2014 and 2015 combined, zero officers were convicted of murder or manslaughter for killing a suspect while on duty, according to statistics collected by researchers at Bowling Green State University. Only 13 officers have been convicted of these crimes since 2005. For comparison, police officers have shot and killed 875 people in the U.S. this year, according to the Washington Post.

Police are charged and convicted of other crimes, however. A Bowling Green study released in June found that an average of three police officers are charged with crimes every day across the United States, and 72 percent of those charged are convicted.

“The same legal standards apply to both private citizens and police officers,” Murray said. “[But] police are sometimes required to run toward, rather than away, from dangerous situations to protect the public.”

Murray added that he met with Scott’s family prior to the public announcement and that they have been “extremely gracious” during a difficult process.

“As you can imagine, it was a difficult discussion. However, the family was extremely gracious,” he said. “No one, and I mean no one, should ever experience, let alone witness, the violent death of a loved one.”