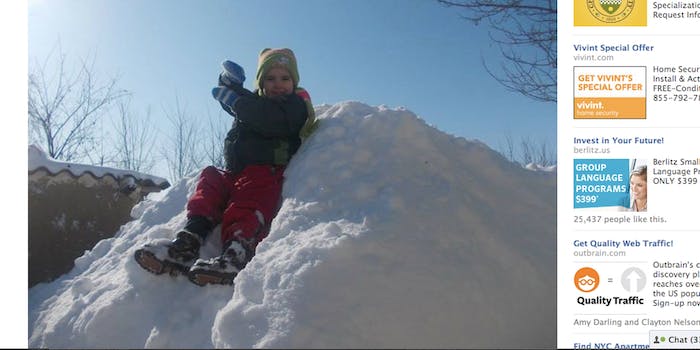 It's a little cramped in there, but you really can't beat the view.

Sure, YouTube has lots of cute, funny, horrific, and otherwise diverting material to recommend, but every so often you come across a video so flat-out cool you have to rejoice that the platform even exists. This mesmerizing footage of an outing in a self-made, single-occupant submarine would certainly fit that bill.

Part of the allure here comes in witnessing a dude attempt something most of us wouldn’t try in a million years: trust his own nautical engineering. It doesn’t look as though the pilot, Olivier Feuillette, added much more than an airtight capsule and fin-like rudder to his kayak to transform it into what resembles a steampunk sea creature—but what else do you need?

Reddit picked up the clip, with users alternately wowed and worried by the claustrophobic, jerry-rigged vehicle, and many posing yet-unanswered technical questions. For now, enjoy Feuillette’s successful descent into some kelpy wonders lying just offshore, and maybe think about building one of these things for yourself.