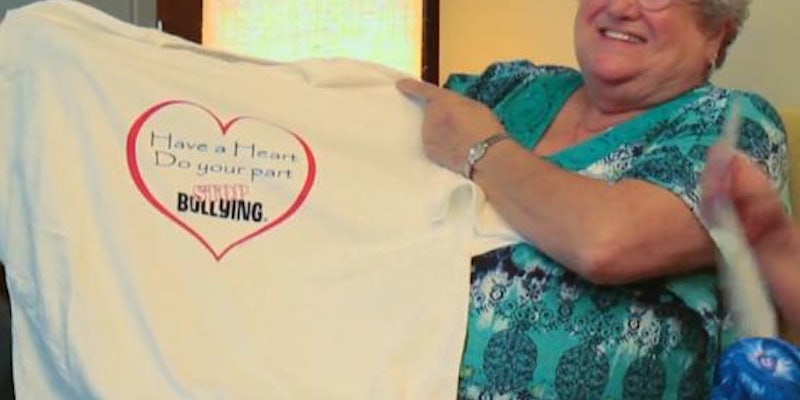 A Western New York bus monitor who was harassed by a group of foul-mouthed children is using the $100,000 she collected from Internet fundraisers to launch an anti-bullying foundation.

Karen Klein, 68, will be starting the Karen Klein Anti-Bullying Foundation two months after was called “fat” and other obscene names by school children from Greece, NY. The entire 10 minute long incident was caught on video and uploaded to YouTube where it has since collected more than 8.4 million views.

The video found its way to Reddit where the community initially lashed out against the students but then decided to give Klein the “vacation of a lifetime.”

She has since collected more than $700,000 from 32,000 people. Her story has been featured on TV shows like The Today Show, Fox & Friends, Good Morning America, and Anderson Cooper 360. While she has used some of that money to visit Boston, New York City, Disneyland,  and New Orleans, Klein has decided to use the rest to raise bullying awareness.

“The goal of the anti-bullying campaign is to help teach kids and teens about being kind, friendly and playing nicely with others,” Klein says in a video promoting the foundation. “Because of my own personal bullying story, I’ve now decided to become an advocate of change.”