Nothing says 'Happy Valentine's Day' quite like a card with Kanye's tweets.

If your heart’s desire is to say “I love you” this Valentine’s Day with some help from Kanye West, now you can. Pop culture-themed Etsy seller The Highgarden is hawking $6 Kanye West Valentine’s Day card, which manages to fit all 29 deleted tweets from yesterday’s epic Twitter rant against Wiz Khalifa into the inside of said card.

The front bears a drawing of West and the words “Let’s get the FACTS straight this Valentine’s Day.” 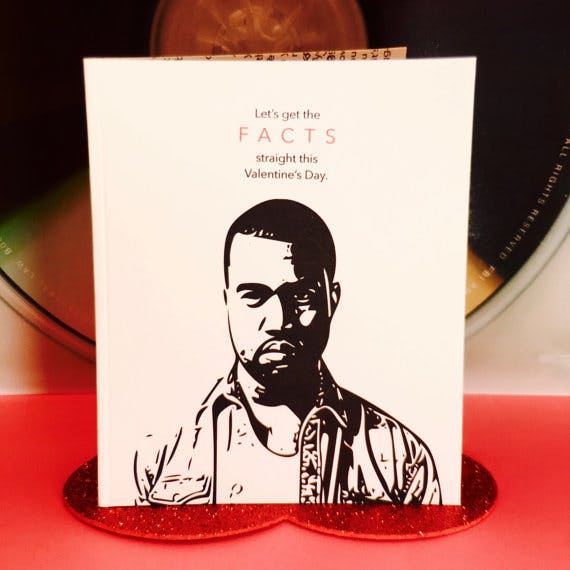 To squeeze in all of Kanye’s tweets, many overlap each other. There’s even crying Kim Kardashian emojis and the words “I love you.” Romantic, huh? 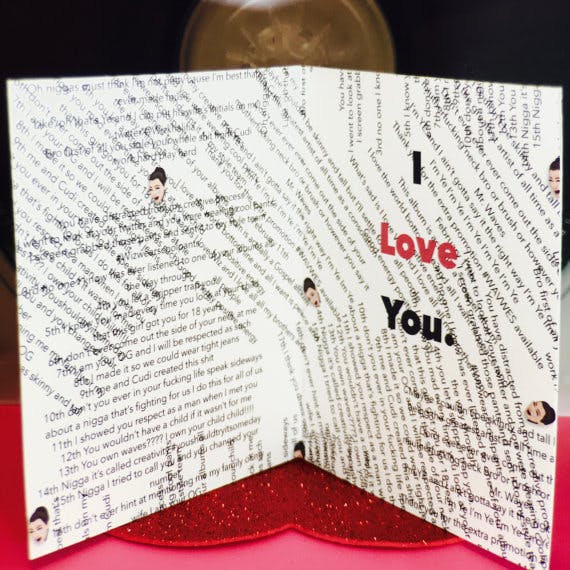 On the more sexist end of their offerings is a $10 Amber Rose Valentine’s Day card referencing the star’s infamous #FingersInTheBootyAssBitch hashtag.

On the front, along with the image of Rose’s face on a much larger, scantily clad body, are the words, “I plucked you a Rose this Valentine’s Day…” 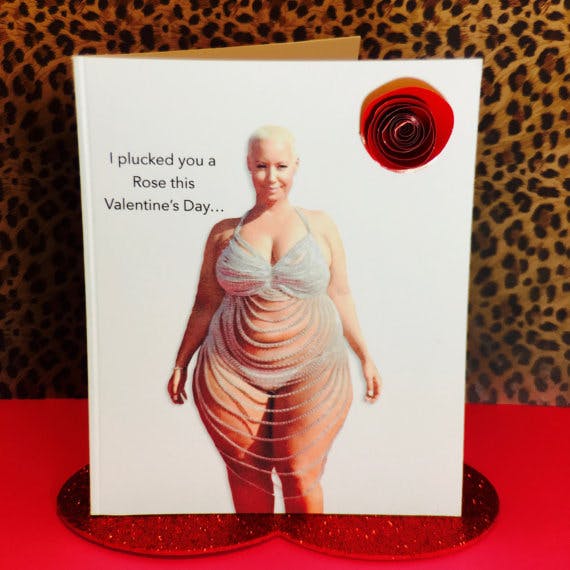 Inside are the words, “But we all know that roses really smell like poo-poo-oo” (a reference to an Outkast song) along with a particularly graphic emoji.

The official description of the card reads, “Instead of giving a dozen roses this Valentine’s Day, give a single plucked Amber Rose.” There’s no mention of why the Rose card is more expensive; both are “6.5 x 5 –ish” and made to order. 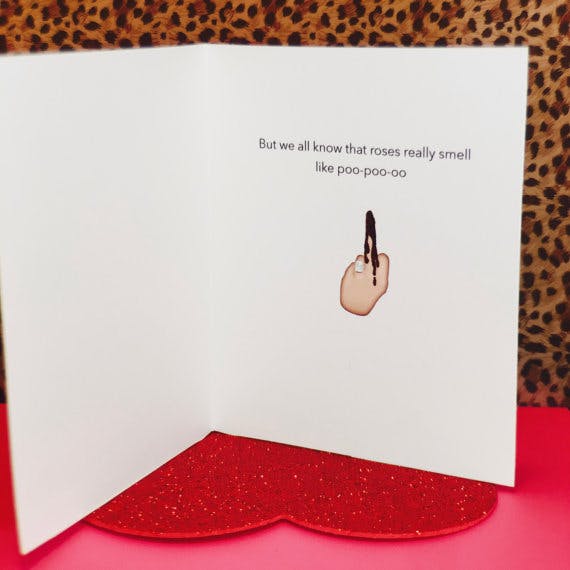