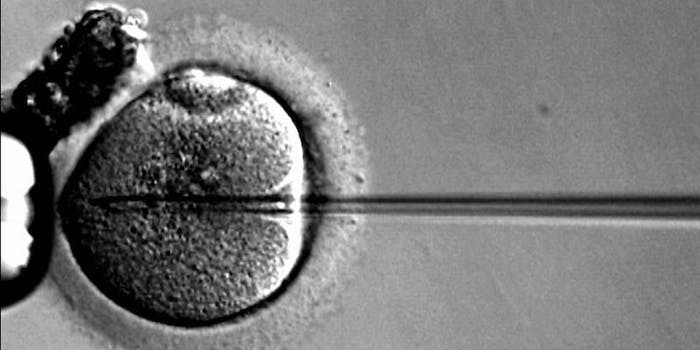 Even though the child's two mothers don't agree.

A judge has ruled that a Kansas man who answered a lesbian couple’s Craigslist ad seeking a sperm donation is responsible for paying child support for the baby he helped conceive, the Topeka Capital-Journal reports.

Earlier this week, District Court Judge Mary Mattivi ruled that, despite William Marotta having signed a contract with the couple stating he was under no obligation to support the child financially over the course of its lifetime, he is the child’s legal father. As a result, he would be required to pay child support. The issue, according to Judge Mattivi, was that the parties involved failed to go through all of the necessary steps required for a legal sperm donation—specifically, using a licensed physician for the artificial insemination procedure.

“Kansas law is clear that a ‛donor of semen provided to a licensed physician for use in artificial insemination of a woman other than the donor’s wife is treated in law as if he were not the birth father of a child thereby conceived, unless agreed to in writing by the donor and the woman,’” Mattivi wrote. “In this case, quite simply, the parties failed to conform to the statutory requirements of the Kansas Parentage Act in not enlisting a licensed physician at some point in the artificial insemination process, and the parties’ self-designation of (Marotta) as a sperm donor is insufficient to relieve (Marotta) of parental rights and responsibilities.”

Four years ago, Angela Bauer and her partner Jennifer Schreiner wrote a Craigslist ad that read: “We are foster and adoptive parents, and now we desire to share a pregnancy and birth together.”

The couple offered to pay a $50 fee for the donation, but Marotta waived it, feeling he was doing a good deed.

Bauer and Schreiner split up in 2010, and Schreiner applied for welfare benefits two years later, after health issues stopped Bauer from being able to work. The state of Kansas denied the welfare claim and ordered Scheiner to disclose the identity of the father, so he could begin paying child support. Since Kansas does not recognize same-sex marriages, the couple had to list Schreiner as the mother on the birth certificate, while not including Bauer. The couple has seven other children, mostly from adoption, and they’ve been forced to handle all of the legal documents in a similar manner.

As the Associated Press reports, in a court filing earlier this week, the Kansas Department of Children and Families charged that the contract intended to absolve Marotta of all parental responsibility, ‟[overlooks] the well-established law in this state that a person cannot contract away his or her obligations to support their child.”

Both Bauer and Schreiner have opposed the state’s attempts to require Marotta to pay child support. “This was a wonderful opportunity with a guy with an admirable, giving character who wanted nothing more than to help us have a child,” Bauer told the Capital Journal. “I feel like the state of Kansas has made a mess out of the situation.”