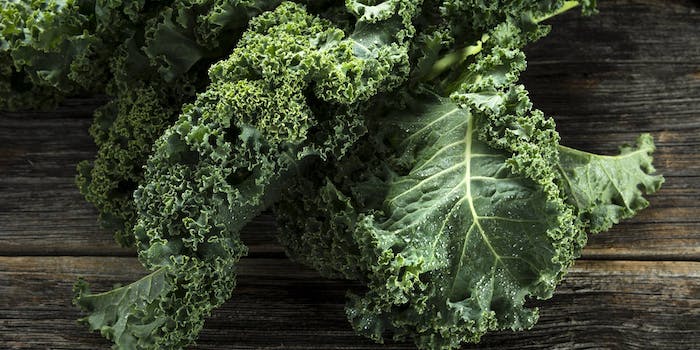 Enter this kale-eating contest if you hate yourself

Or eat a head of lettuce like a competitive teen.

Maybe the leafy-greens marketing team needs to take a break.

On July 9, Kale Yeah! will be awarding $2,000 to the competitor who can scarf down the most kale on the steps of Buffalo, New York’s city hall. And in order to make it harder, they’re actively trying to make competitors barf by describing kale as “the leafy green vegetable that has captured the hearts and minds of both the culinary set and those for whom their body is a temple.” Gross.

Meanwhile, in teen land, there’s this thing called “lettuce club,” where kids try to eat an entire head of lettuce in five minutes. Or something.

Let’s get this straight: The annual hot dog-eating competition is disgusting. Have you ever actually looked at photos of people doing it, dunking food tubes in lemonade and reverse-vomiting down whatever mush they can? It’s awful, and definitely bad for you. But at least hot dogs are delicious. Yes, lots of people like kale, but we are talking about raw, undressed kale.

Sure, your body is a temple. Love it, cherish it, don’t stuff a pound of bitter leaves in it.