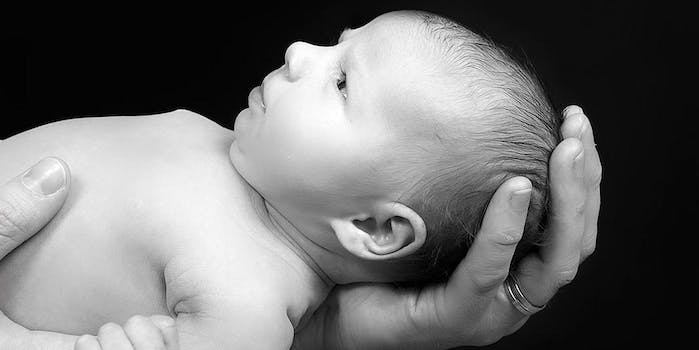 The couple has started a GoFundMe campaign for justice.

On April 10, Amber Owens said she got a call from her babysitter about her son Matty having a yeast infection. But when Owens returned home from work with her boyfriend, Charles Alloy, and two other people, they found Matty completely unresponsive.

On Owen’s GoFundMe page she writes:

She gave him to me and my heart dropped. I saw that his neck was 3x his original size. His neck skin was a red I’ve never seen and was falling off. His face was puffy and he looked dead. He wasn’t moving when I touched him. His breathing was shallow. I looked directly at the father, my boyfriend, and told him to call an ambulance.

According to Owens and documented on her Facebook page Justice for Matty, the baby had been badly burned on his neck, chest, ribs, genitals, buttocks, thighs, and tops of his feet.

Owens told the Daily Dot she has no idea why the police haven’t yet pressed charges. On her GoFundMe page, she explained her experience with law enforcement and the case:

The police went to our work and got video evidence of us at work during this time, our alibi checked out. They talked to our co-workers. We were proving our innocence yet the babysitter, who was with our child, wasn’t. Throughout this we had learned that she completely lied on her resume. She wasn’t first aid or cpr. There wasn’t a bachelor’s in ECE. We found out she had multiple drug charges, disorderly misconduct, public indecency, and larceny. We hired a psychopath.

Many commenters on the Facebook page and the GoFundMe site have pointed out the similarities between Matty’s case and a recent case in Mesa, Arizona, involving a babysitter who was charged with one count of child abuse for burning a 4-month-old baby.

The father in the Arizona case recently posted to Matty’s Facebook page, clearing up any confusion between the two cases.

An official at the Tonawanda City Police Department confirmed to the Daily Dot that the case was being investigated and forwarded the following statement, which confirms that the injuries were burns:

On Sunday April 10, 2016, at approx. 11:15pm, Town of Tonawanda Police and Paramedics responded to an address on Raintree Island for an infant who was reported to be showing signs of having an allergic reaction and trouble breathing.

The babysitter had informed the Mother via text at 10:50 pm that the baby was showing signs of “seriously irritated” skin. The babysitter felt the irritation could have been an allergic reaction to using baby wipes or blueberries the infant had consumed.

When the Mother returned home, she observed injuries that she believed to be burns on the babies mouth, chin, chest, scrotum  and buttocks. This is when Police and Paramedics were summoned for assistance.

The baby was immediately evaluated by Paramedics and transported to Children’s Hospital.

The Doctor stated the injuries did not appear to be consistent with an allergic reaction to food.

The Doctor confirmed the injuries appeared to be burns.

Detectives have interviewed several people who are connected to this case.

The babysitter, who was hired off of Craigslist, had been utilized by the parents on several occasions.

Currently this is an ongoing investigation and no charges have been filed.

Owens told the Daily Dot that Matty is recovering well.