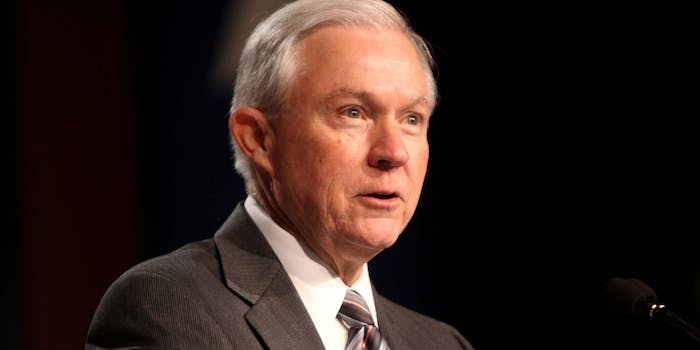 25-year-old Freddie Gray died while in Baltimore police officers’ custody in April 2015, making national headlines and sparking protests across the city. Now, over two years later, the Department of Justice, under Donald Trump, has decided not to charge the six officers involved in Gray’s death.

All six officers initially faced state charges after a medical examiner alleged that Gray died via homicide from a neck injury sustained inside a Baltimore Police Department wagon. The officers reportedly failed to properly restrain Gray with a seatbelt while his hands were cuffed and his legs shackled, resulting in Gray falling into a coma and his eventual death. But after investigating the incident, the Justice Department concluded that there wasn’t enough evidence to charge them with a willful violation of Gray’s civil rights in a federal case.

“To the extent that the officers violated department policy in failing to seatbelt Gray, those failures suggest civil negligence rather than the high standard of deliberate indifference,” the Justice Department said in a statement obtained by the Associated Press.

Although he did not commit a crime, nor was he under suspicion for doing so, Gray ran when he made eye contact with police in 2015 because he feared the officers would beat him. Gray was arrested and died a week later from a severe spinal injury. Activists condemned the six police officers involved, both for their actions during Gray’s arrest, as well as his alleged treatment inside the police wagon.