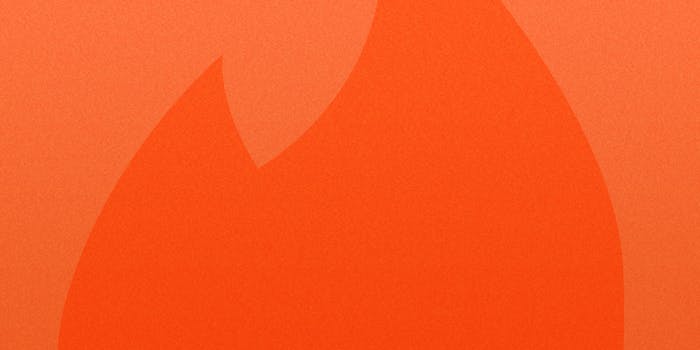 It seems like most of the East Coast spent Winter Storm Jonas swiping away.

If you got an invitation to “Netflix and windchill” by a potential blizzard hookup during Winter Storm Jonas, you weren’t alone. Turns out extreme weather and extreme boredom create the perfect storm for a massive surge in Tinder activity. A Tinder spokesman told the Daily Dot that more than 10 million matches were made during the weekend of Winter Storm Jonas in the areas affected by the storm.

As we’ve seen in the past, holidays and large gatherings from the Consumer Electronics Show to the Olympics  cause an uptick in activity on the hookup app. A large winter storm such as Jonas can similarly be a break from the usual routine, at least for many of those in the storm’s danger zone. Stranded travelers due to cancelled flights could have further added to the uptick in Tinder users during Jonas weekend. Which is why it makes sense that Tinder delivered a National Weather Service-like forecast on a likely surge in storm-time activity.

My own look on Tinder during this weekend confirmed that the blizzard was the most popular and obvious conversation-starter: Not only was there a bigger selection of those looking for a tempest-tossed honey during Winter Storm Jonas weekend, but your chances of making a match during the blizzard was higher than average. Tinder told the Daily Dot that the chances of making a match was 3.3 times higher than usual at certain points. Could this be due to Tinder users dropping their standards because of the inclement weather, also known as “Jonas goggles”? A bigger dating pool with more overall high-quality matches? It’s impossible to tell.

Confession: I used Tinder during the hurricane #HurricanePatricia

Natural disaster hookups are not a new occurrence, nor are they unique to Tinder. In anticipation of the lonely weekend ahead, East Coasters posted Craigslist ads looking for Jonas blizzard hookup buddies all weekend long. The ads contained offers of food, libations, companionship and more than a few requests for someone else to shovel the driveway.

It seems that while life has many occasions where being single is liberating and fun, a huge snowstorm is definitely not one of them.