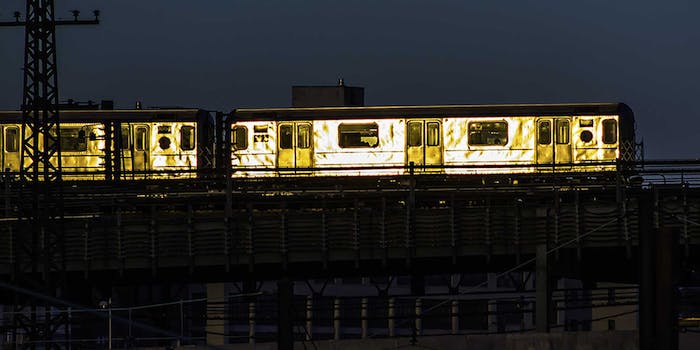 Of the many peculiarities surrounding former Atlanta Braves closer John Rocker’s Ask Me Anything (AMA) session on Reddit today, perhaps the most striking was that he was wearing an “NYPD” hat in his profile photo.

Historically, Rocker has not always endeared himself to New York City or its diverse masses. Recall his infamous 1999 comments to Sports Illustrated about the idea of ever playing and living in the city: “I would retire first,” he said. “It’s the most hectic, nerve-racking city. Imagine having to take the 7 train to the ballpark… next to some kid with purple hair next to some queer with AIDS right next to some dude who just got out of jail for the fourth time right next to some 20-year-old mom with four kids. It’s depressing.”

It’s hard to imagine, in 2013, that someone wouldn’t regret having made that comment. But incredibly, when asked if his views of New York City had changed in the past decade, Rocker replied to one New York-based user, “No, especially with jack-offs like you.”

Lest Rocker had not sufficiently forced you to read between the lines, his problem with New York and particularly the burrough of Queens—purportedly the most diverse city in the world—is “the foreigners.” As he told Sports Illustrated, “Asians and Koreans and Vietnamese and Indians and Russians and Spanish people and everything. … How the hell did they get in this country?”

Another redditor pointed out what is perhaps the obvious: “It takes a special kind of moron to write off 8 million people because he was scared of catching AIDS from some kid he saw across a subway car.”

“Wrong,” Rocker explained. “It takes balls to pick a fight with an entire city because you see how many truly disgusting people there are and have virtually no idea what dirt bags they are. I saw it as an opportunity to let them know. I assume you are one of them. Now get a job you fucking loser and stop playing on the computer in the middle of a Tuesday afternoon.”

Truly, there is no end to the number of terrible things John Rocker said about New Yorkers on his AMA. Generally his comments continue to drive home his disdain for all people who do not look and sound like John Rocker.

“Racist?” he responded to one user. “If dating 3 black women, Denis Martinez’s daughter who is Nicaraguan and god knows how many women from Puerto Rico and Venezuela makes me a racist then I guess you got me.“