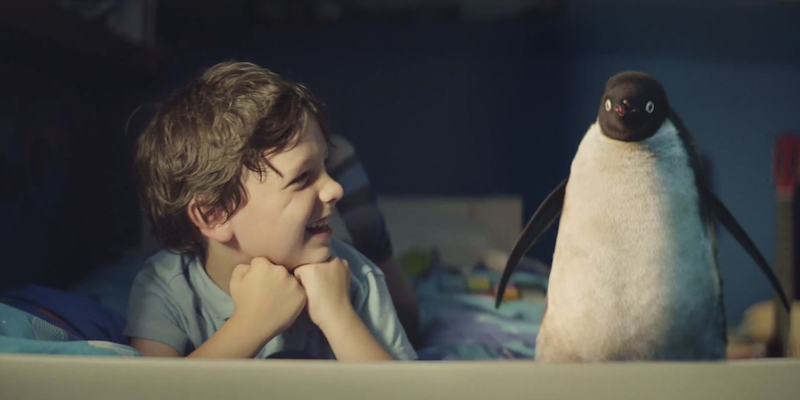 Is somebody cutting onions?

If you were previously in denial that the Christmas season had already begun, the arrival of the annual Christmas ad from British retailer John Lewis is sure to dispel that belief.

Reportedly costing £1 million ($1,595,300) to make, the two-minute ad focuses on young boy and his best friend, a very well-behaved penguin named Monty. They have a picture-perfect friendship, paired off with Tom Odell performing “Real Love,” but just when you’ve become invested in their simplistic life, Monty realizes what he’s been missing—and it hits him like an avalanche.

Prepare for a feels overload.

Because it’s 2014, the fictional penguin from the ad has made his way to Twitter, and he’s looking for love.

Morning Twitterers!!! You can relax now. #MontyThePenguin is here! Is this thing on? Hello.. Hello.. #tapsmicrophone pic.twitter.com/DP8XhMpdGC

Okay then. Plan of action for the day: 1. Eat breakfast 2. Be awesome 3. Find a girlfriend #MontyThePenguin