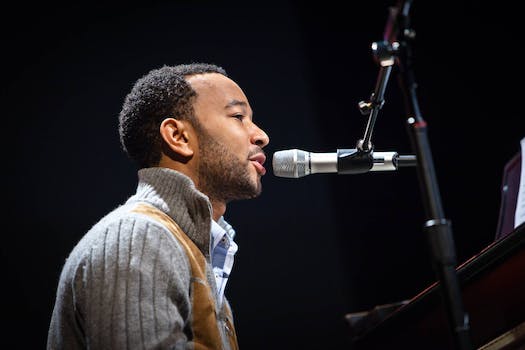 John Legend wants to split the shaming with Chrissy Teigen

New dad John Legend is pointing out the double standards of parental-shaming in an effort to try and get some of the Internet’s pitchforks away from his wife, model and author Chrissy Teigen.

They only announced the birth of their daughter Luna Simone a few weeks ago, but since then (and even before it), it’s been a constant serving of shaming toward Teigen, who is active on social media. She’s been shamed for how she looked when she was pregnant, using in vitro fertilization to conceive her child (and for choosing its gender), daring to leave her child and go to dinner, using a nanny to raise her child, and the trouble of spray-tanning and breastfeeding.

Notice that basically all of the shaming is directed toward Teigen, not Legend, also a parent and just as new at this as Teigen.

Initially responding to a Daily Show segment that uses Legend and Teigen as an example on how to deal with mom-shaming, Legend makes a joke about the Mary Poppins-esque nanny that helps them take care of Luna before getting to the point: He doesn’t get shamed at all while Teigen gets all of the blame.

Luna's first @TheDailyShow appearance. FYI, we only have Mary Poppins on weekends. https://t.co/5qMeGuMN7u

Funny there's no dad-shaming. When both of us go out to dinner, shame both of us so Chrissy doesn't have to take it all. We'll split it.

They shouldn’t be getting shamed at all, but since that probably won’t stop happening any time soon, he figures they’ll go and split that check.