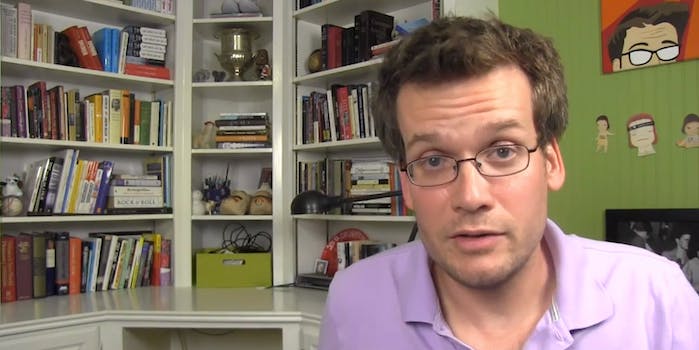 Watch John Green explain why healthcare costs so damn much

Here's everything you need to know in only eight minutes.

Entire forests have been leveled trying to explain in print the complexities of healthcare in the U.S. John Green knocked it out in eight minutes.

Quickly dispelling myths that other countries pay more taxes than the U.S. does and that Americans see doctors more often or take more drugs, the YouTube star pinpoints the underlying issue in his latest video: Amid defensive medicine, doctors’ salaries, and the cost of pills, the U.S. doesn’t negotiate with healthcare providers, drug manufacturers, and medical device makers nearly aggressively enough as other countries.

“You can’t negotiate effectively on your own behalf for healthcare services because you need them—and not like you need a new MacBook Air or the new season of Sherlock—but actual, physical need.”

We could try to explain it further, but it’s better if you just take a break and watch this—twice.