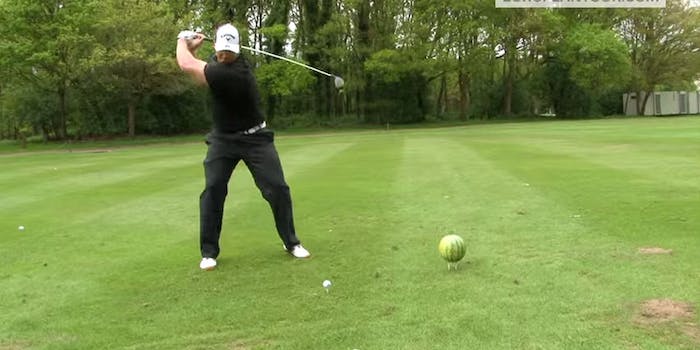 That melon didn't stand a chance.

Watermelon-smashing comedian Gallagher has nothing on golfing pro Joe Miller.

In 2010, Miller hit a 560-yard-long drive, earning him the title of World Champion for the maneuver. (The distance is equal to over .3 miles) Now, in a new YouTube video, Miller takes to the course of the PGA European Tour to demonstrate the sheer force of his long drive—by slicing his ball through a watermelon at 153 miles per hour.

A slow-motion camera captures the innate beauty that only comes with a Titleist soaring effortlessly through a weighty melon. We can only assume that sand traps are no match for Miller.