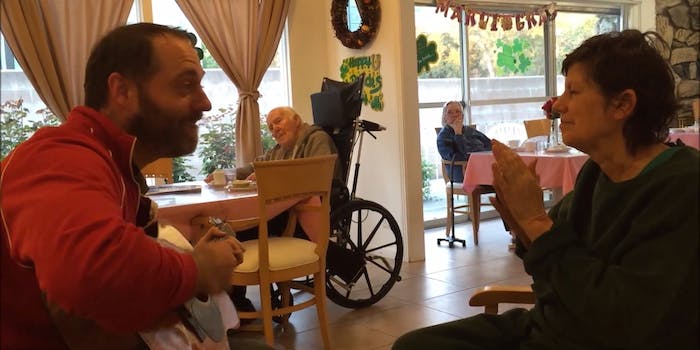 'She had more life in her than I've seen in ages.'

It’s been a few months since Joe Fraley turned the Internet into a puddle of emotions after playing a song to cheer up his mother with Alzheimer’s, but his update may be even more heartbreaking.

Since going viral, Fraley’s mother’s condition has rapidly deteriorated. He and his father were unable to continue taking care of her.

During a recent visit, Fraley brought his guitar to play another song for his mother. He noted that “she had more life in her than I’ve seen in ages.”

That final moment says so much, and at this point that may be victory enough.