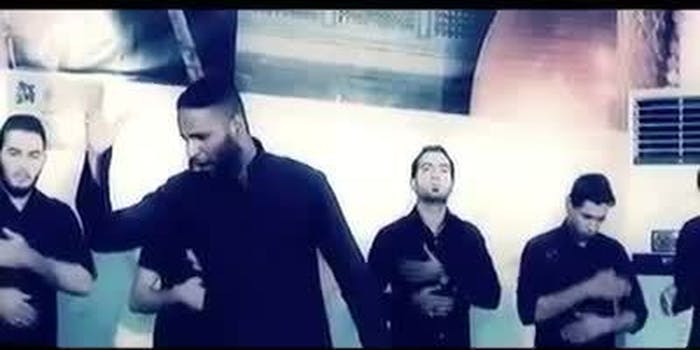 The world of the Islamic terrorist borrows deeply from the vocabulary of the onetime MTV staple.

That Islamic terrorists recruit online is not news. Nidal Malik Hasan, accused of the 2009 Ft. Hood shootings, was counseled by Anwar Al-Awlaki, a Yemen-based preacher who was well known for using modern technology to further violent jihad in the West.

Among the techniques used is the online video—specifically, the music video. This is not new either, having been used since the Eighties. But the world of the Islamic terrorist has recently seen a flowering of this particular form, with high production values and laden with signifiers borrowing from the vocabulary of the onetime MTV staple.

These are the “Anasheed Jihadiya” or nasheeds, vocal songs with strong melodies and percussion, that tout the super awesomeness of jihad, specifically the violent style of struggle against infidels and irreligiosity.

Religious zealots tend to give a pass to clearly forbidden behaviors (like murder) when it is in the service of the religion itself. So the spiritual leaders of the jihadi groups exempt the makers of nasheed jihadi videos from the supposed Islamic restriction against music, with the legalistic ruling that since the music videos do not feature man-made musical instruments and since they are based on religious chants, they are not haram.

Some noteworthy examples, including one video featuring the 23-year-old Iraqi jihadi Muhammed Abu ‘Azrael al-Karbalai praising a Shi’ite militia fighting for Syrian president Bashar Al-Assad, were recently posted to Jihadology, a repository of digital material in the service of Islamic jihadists run by Aaron Zelin, a fellow at the Washington Institute for Near East Policy.

These videos were posted by Phillip Smyth, a researcher at the University of Maryland, who described al-Karbalai’s video as “complex,” with its polished look and sound, and its video vocabulary of thuggish postures and armed posse. (Though the cringewothy posse is so uneasy with its fist pumping that the video quickly becomes accidentally comic.)

“The groups out of Iraq are sophisticated,” said Smyth. “Some of them even have their own production companies.”

In the Eighties, jihadists used cassettes, as everyone else did. Now they use YouTube, as everyone else does. Each innovation in technology gives groups that embrace it a leg up, but in the end, the playing ground usually levels. And then it is simply a matter of whose product is more compelling.