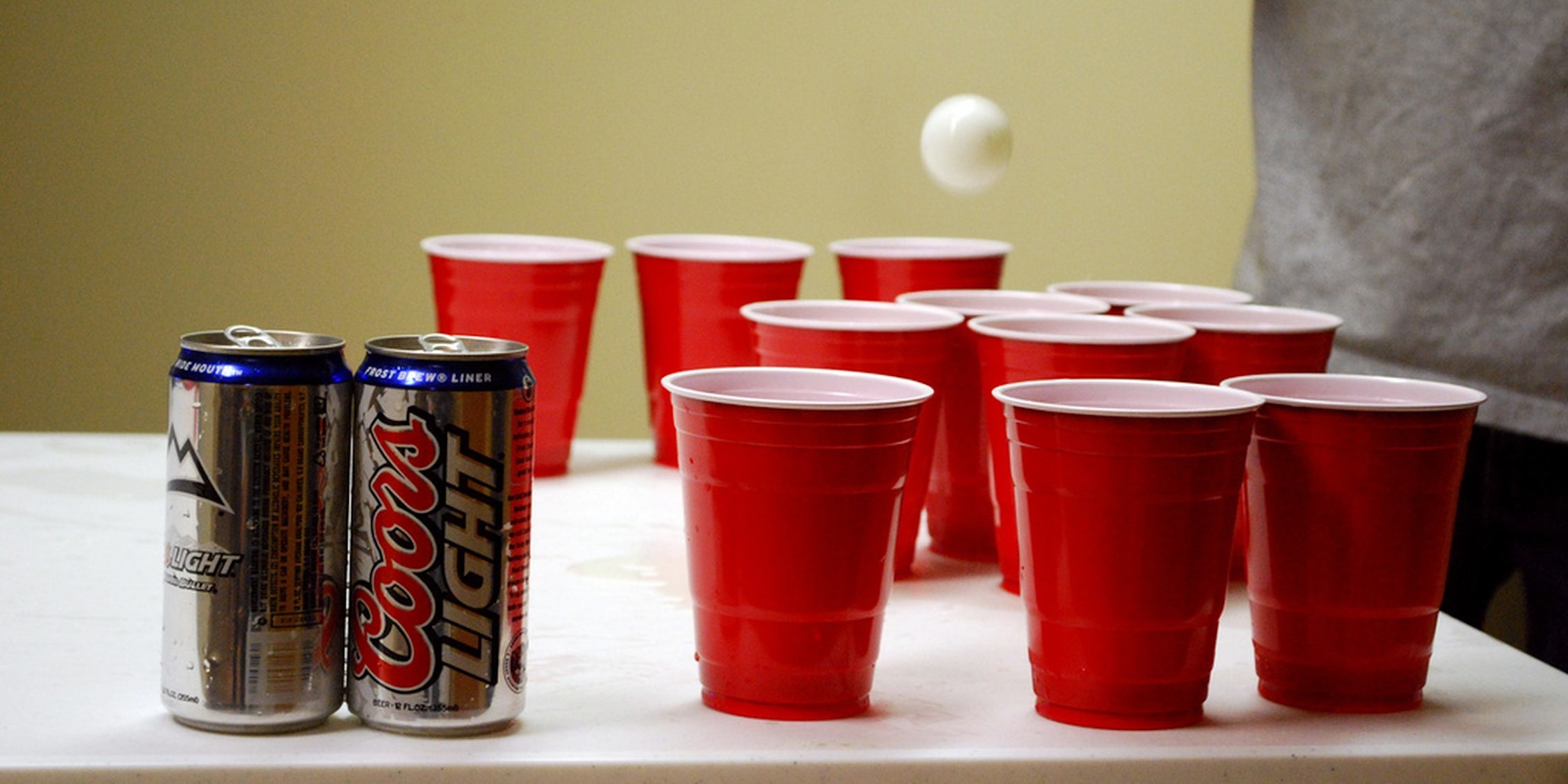 The game was also loving referred to as 'Alcholocaust' and 'Holocaust Pong.'

A group of teenagers from Princeton, New Jersey, are being investigated by police after a photo of them playing a “Jews vs. Nazis” drinking game appeared on Snapchat.

In an act that may well stretch the term “teenage stupidity” to a breaking point, a group of Princeton High students photographed themselves playing the Holocaust-themed drinking game, where they can be seen pouring beer into cups arranged in the shapes of a swastika and a Star of David. The game was also referred to as “Alcoholocaust” and “Holocaust Pong”; those on the Jew side can apparently “Anne Frank,” or hide, their cups, and those on the Nazi side can “Auschwitz” their opponents.

The story broke after a fellow student, Jamaica Ponder, saw the image on Snapchat and wrote a blog post voicing her disgust: “Putting the picture on social media means that someone was proud enough of the game to want to show it off… I’m not even Jewish and I’m still offended.”

Police Lt. John Bucchere commented to NJ.com that police can only investigate whether someone purchased alcohol for the teenagers or provided a place specifically for them to consume it, adding that possession of alcohol by minors on private property is not itself a crime.

The Princeton Schools Superintendent Steve Cochrane condemned the students’ actions in a statement issued the day before police began to investigate, saying: “I am deeply upset that some of our students chose to engage in a drinking game with clearly anti-Semitic overtones and to broadcast their behavior over social media. We are talking to those students and their families.”

The school board added, in an accompanying statement, “The issues we are presented with—bias, ethnic insensitivity, underage alcohol abuse, and inappropriate social media use—are neither new nor unique to Princeton, but this incident has brought them into sharp focus. This incident raises difficult questions for all of us in the community about what we are teaching our children both in school and at home.”