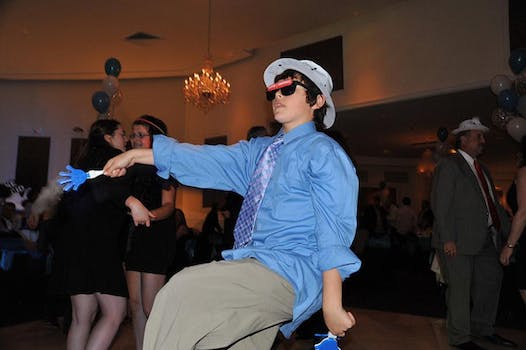 These viral bar mitzvah videos will knock your socks off

You're not a woman in the eyes of God unless T-Swift makes a cameo in your bat mitzvah video.

A few years ago, all you had to do for your bar mitzvah was throw a party in your synagogue basement and pass out some inflatable saxophones. Today, however, bar mitzvahs are bigger and blingier than ever. And thanks to YouTube, these moments can be watched over and over again—not just by your aunt Ruth and uncle Herman, but by everyone on the Internet.

This week, 13-year-old Brody Criz went viral with his amazing bar mitzvah invitation video, following in the footsteps of past b’nai mitzvot who have spared no expense in broadcasting their path to manhood on the Internet. Here are some of the most embarrassing bar mitzvah videos on the internet, which teach us the following important lesson: You’re not a man in the eyes of Hashem unless you have an impeccably shot entrance video.

If you’re about to be bar mitzvahed and you’re stuck for ideas, you could just follow Criz’s lead and write entirely new, Judaism-based lyrics to a popular song.

Sometimes I long for a simpler time of Bar Mitzvah opulence, when all a <strike>boy</strike> man needed was Madonna.

Photo via Emilio Labrador/Flickr (CC BY 2.0)