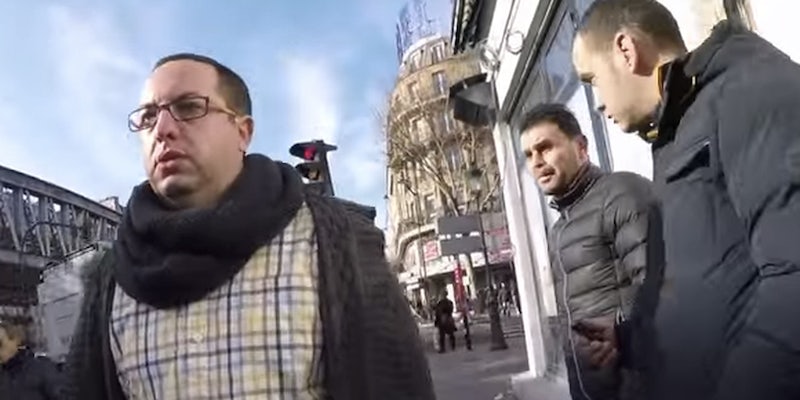 A Jewish man filmed himself for 10 hours to see if France is truly anti-Semitic. Here's what happened.

According to the Anti-Defamation League, France has historically been one of the most anti-Semitic countries in the European Union. To test this out, one man donned a yarmulke and hit the streets of Paris to see if anti-Semitism was alive and well in the land of the Dreyfus Affair.

Inspired by the video “10 Hours of Walking in NYC as a Woman,” Israeli journalist Zvika Klein took to the streets of Paris wearing a kippah, a traditional Jewish head covering for men. He was spit at and had homophobic slurs hurled at him.

“If I was walking around with an Israeli flag, I understand it might create negative feelings. But I don’t think [wearing a kippah] should generate that kind of thing,” Klein told the BBC. He did, however, mention that he was surprised that he didn’t encounter any violence.

The video was released in the wake of a string of violent anti-Semitic attacks in France, the most recent being an attack on a Paris supermarket that left four Jews dead. On Monday, Israeli President Benjamin Netanyahu issued a statement asking French Jews to emigrate to Israel, saying, “Israel is waiting for you with open arms.”

According to the Daily News, the clip was produced by NRG, a media website owned by billionaire and ardent Israel supporter Sheldon Adelson.