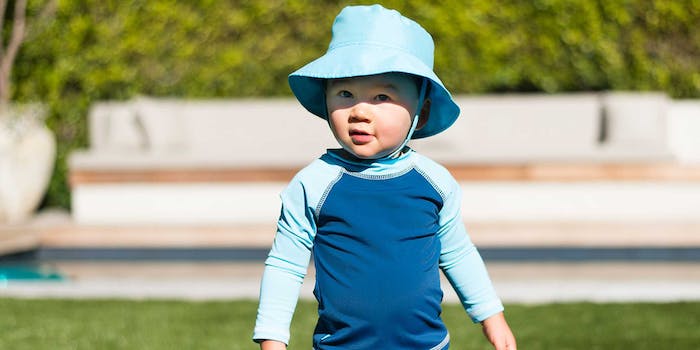 Jessica Alba can burn you with her hotness, and she can also indirectly burn you with the ineffectiveness of her organic sunscreen line, some consumers say.

Alba has created a natural product empire with the Honest Company. They sell everything from eco-friendly diapers to safe infant formula and natural cleaning supplies. But now consumers are claiming that there might be a problem with Honest’s sunscreen formula.

Don't buy @Honest sunscreen unless u want to look like this. Second time I've tried this stuff and got fried pic.twitter.com/pEhO5GYIkQ 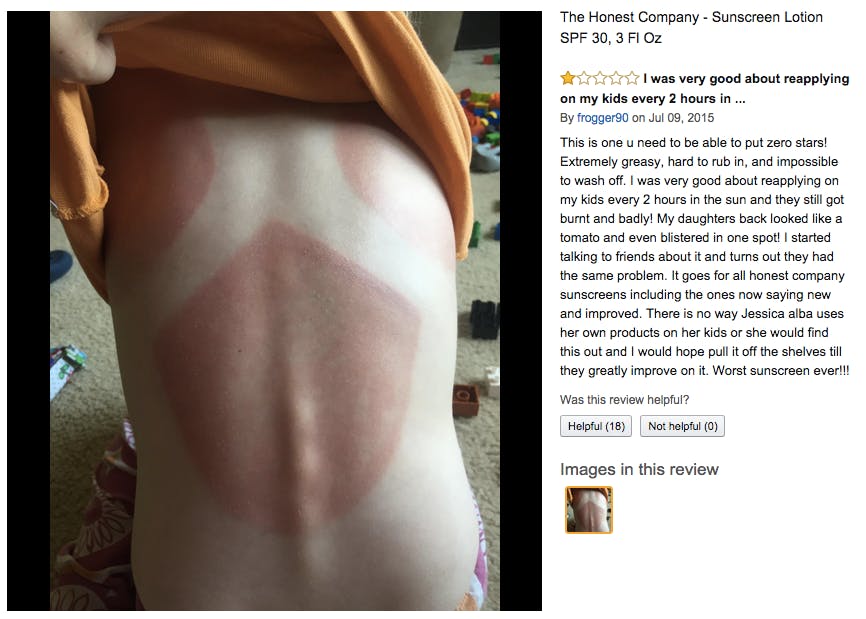 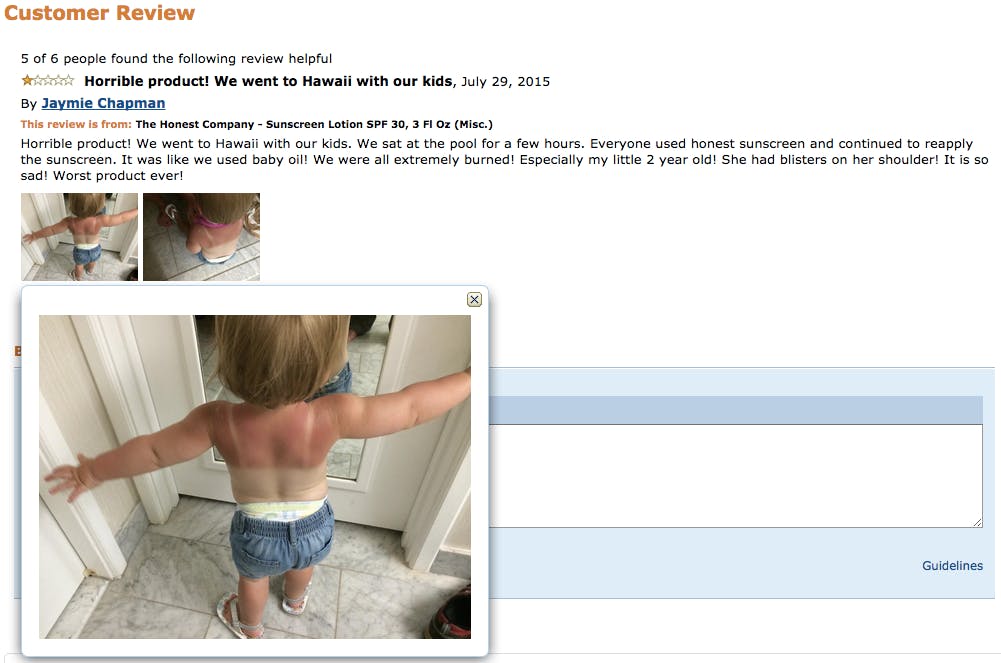 NBC Chicago did an investigation into the product after a local mother complained that her daughter “got really burned on her arms, shoulders, legs face, pretty much everywhere,” while wearing Honest sunscreen.

“I used some of the brand’s products before,” Greta Stabler told them. “I was drawn by the fact it was a zinc-based sunscreen. It was a natural product not full of chemicals.”

The investigation revealed that one of the product’s main ingredients, zinc oxide, had been lowered from 20 percent to 9.3 percent at some point. And they believe this may be the reason that some are finding it ineffective.

On Amazon, the product reviews are oddly mostly a mix of one-star and five-star reviews. One of the one-star commenters wrote, “The new formula is not as good as the old one. I had been using this product for quite some time but the las time I bought it didnt do the job. Its really greesy and it does not protect my skin as the old formula used to.”

But then others claimed it’s the “best sunscreen ever,” noting, “Best safe sunscreen we’ve used! Works well, and stays on. Also doesn’t leave a bluish tint like all the others do.”

These people should learn that an SPF 30 isn't meant for lengthy heavy exposure. been using @Honest sunscreen a long time. Never burnt!

In a statement to the NY Daily News, Alba representatives say they have no intention to pull the product from shelves and that it was tested by “an independent third party” and deemed “effective and safe” for 80 minutes.

The regular sunscreen is currently out of stock on Honest.com, but the sunscreen stick is still available.

This may not be the greatest press for Alba, but something tells us that she and her company’s $1 billion valuation will be just fine.