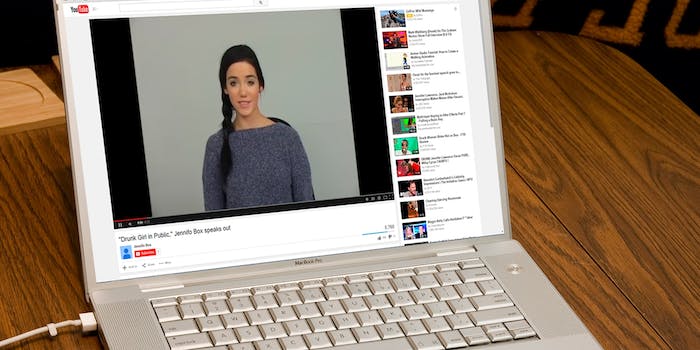 Actress who starred in ‘drunk girl in public’ video regrets it

Jennifo Box apologized for the role she played in the now-infamous prank video.

The actress who starred in the “drunk girl” video is now claiming she was duped as well.

Jennifo Box, who played the title role in the now-infamous prank video, made a video to apologize for her part in participating. She was originally told that she was playing a drunk girl and shooting for a light-hearted prank show.

“Had I known the damaging outcome of this video I would never have participated,” she said.

Box is the latest person involved to speak out against the video, which showed a woman pretending to be drunk while multiple men appeared to attempt to take advantage of her. First, actor Mike Koshak claimed the video was staged after receiving backlash for being in it, and since then two of the other men who were portrayed negatively claim they were told they would be acting in a comedy skit.

In the wake of the backlash, Stephen Zhang, who ran the channel where the video was hosted, first removed the ability to comment on the video. Now, the original video is privately listed.

Photo via Jeff Geerling (CC BY 2.0) | Remix by Jason Reed