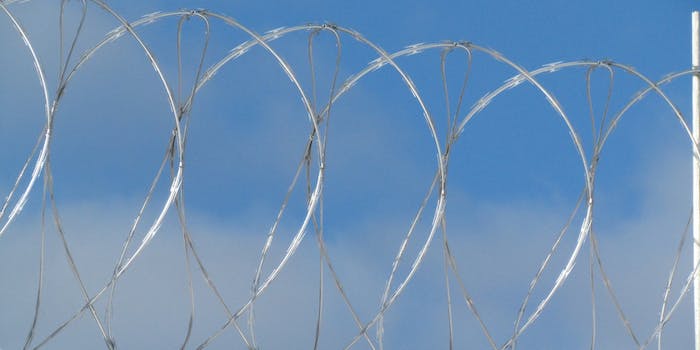 Jennifer Whalen is currently serving a nine-to-18-month sentence for purchasing miscarriage-inducing medication for her daughter online.

Earlier this week, New York Times contributor Emily Bazelon reported on the sad tale of Jennifer Whalen, a mother of two who is currently serving an 18-month sentence in a Pennsylvania prison. Her crime? Helping her daughter have an abortion. Now, pro-choice activists are rallying to her defense with a petition and a hashtag, #FreeJenniferWhalen.

In 2012, Whalen’s daughter told her she was pregnant and wanted to have an abortion. Unfortunately, the nearest clinic in Pennsylvania was 75 miles away, and Whalen’s family didn’t have the health insurance necessary to cover the expensive procedure. Pennsylvania state law also requires that a woman receive counseling and wait 24 hours before having the procedure.

Unable to take multiple days off to take her daughter to the clinic, Whalen went online and ordered mifepristone and misoprostol, two medications that induce miscarriage. Although the medication is legal with a prescription and safe to use, Whalen’s daughter experienced excessive bleeding after taking it, promoting Whalen to take her to the emergency room.

Although Whalen’s daughter was fine, the hospital reported Whalen to Pennsylvania child-protective services when she told them the medication had been obtained online, which led to Whalen being charged with a felony charge of medical consultation for abortion without a license.

Whalen is currently serving a nine-to-18-month sentence at a rural state prison in Pennsylvania. As news about her sentence continues to trickle out, pro-choice activists online have rallied to her defense with the #FreeJenniferWhalen hashtag and a NARAL petition to tell the Pennsylvania legislature to stop imprisoning women for abortion.

The hashtag appears to have been started by notable sex columnist Dan Savage, who wrote about Whalen after Reuters reported on her story:

Since then, Whalen has becoming something of a figurehead for the abortion rights movement, particularly in light of the recent proposed restrictions on abortion clinics in Texas:

#womenshealth is not optional and it shouldn’t be illegal. Sign this petition to demand a judge #FreeJenniferWhalen http://t.co/zj39k9nveb

It seems, however, that Whalen is less than comfortable with her new status as a symbol for the pro-choice movement. The New York Times reports that she’s turned down calls from pro-choice activists offering to lend a hand.

“I’m scared,” Whalen told the Times of spending time in prison. “And I’m hurt because I can’t be with my family.”