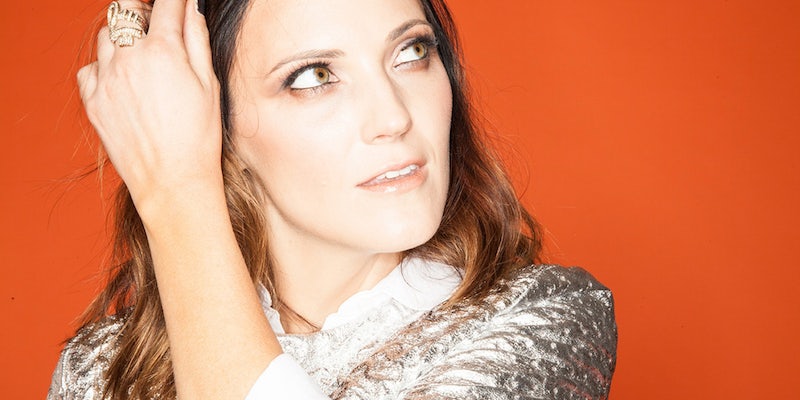 On Monday, April 4, comedian and author Jen Kirkman dedicated her day to retweeting every incident of street harassment women were willing to share on Twitter.

Kirkman, a long-vocal advocate of women’s issues, has been thinking about the prevalence of—and lacking consequences for—street harassment for years. She told the Daily Dot of an experience she had in Melbourne that stands out for its everydayness:

“I was walking alone at 11pm. Nothing dangerous. People everywhere. But four very drunk dudes said ‘nice coat’ to me—I was wearing a fake-fur multicolored coat. Their comments didn’t feel sexual… [But] I said nothing and the guys called me a bitch.”

Unfortunately, many women can relate to Kirkman’s account of verbal harassment from overly expectant men. But it’s the vitriol behind their words that can be scary. Kirkman explained, “It’s not so much that women hate being sexually objectified, as that we are terrified of the quick turn men can take when we don’t choose to speak to them on the street.

This stark difference between how men and women perceive “cat-calling” is exactly why she encouraged numerous women to detail their accounts. As many of Kirkman’s retweets demonstrated, street harassment encounters can stay with victims for a lifetime.

Kirkman’s first experience with street harassment occurred when she was just 9. “There was a flasher who would wear a trench coat and show his penis to girls in the book aisles,” she recalled. “He would touch it too and make weird sounds. That happened again when I was 10. My girlfriends and I were at the mall, and we walked by a car and a man whipped open the door, masturbating, and he finished in front of us. It was a few seconds, and it was horrifying. And I remember my immediate feeling being ‘I just did something wrong by seeing this.’”

Kirkman he isn’t alone in the guilt and trauma she felt as a young victim of harassment. Many women internalize such effects well before the age of consent and believe they have to simply live with them because it’s “part of the female experience.”

Man tried to pick up my 14 yo daughter @bookstore. I told her next time yell "I'm only 14 you pervert!" really loudly. @JenKirkman

@JenKirkman My 9yo daughter was told "you're too pretty to look sad!" by random male stranger the other day. NINE YEARS OLD.

Others shared their day-to-day harassment encounters:

@JenKirkman running in my neighborhood, man stops me to tell me I have a "great rack". I flipped him off. Called me a slut, followed me home

@marykmac @JenKirkman The worst part is these guys not only think what they're saying is a compliment, but that we WANT to hear these things

Yet Kirkman didn’t stop the conversation there. She encouraged followers to follow @EverydaySexism to understand the constant toll that sexist interactions have on women’s everyday lives.

In the end, Kirkman received many positives responses from both men and women about her retweet crusade. “Women told me they used to be afraid to tweet these truths,” she said, “but that they felt comfortable [with me doing it] because it was bringing them together with other women and sympathetic men.”