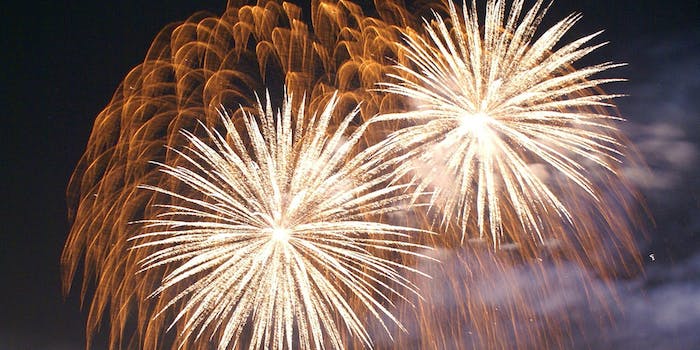 What an explosive story.

Thankfully, the fireworks-related injuries that New York Giants star Jason Pierre-Paul suffered over July 4 aren’t as bad as they initially seemed. Initial, unsubstantiated online reports said Pierre-Paul might have blown off a few fingers in the accident, but the New York Post reports that he only suffered bad burns on his palm and fingers and that one finger might have nerve damage, but it doesn’t sound like his injuries are career-threatening.

But here’s the thing. Pierre-Paul, who still hasn’t signed his $14.8 million contract offer for the 2015 season, previewed his plans for the 4th by filling his Instagram page with posts about fireworks and how excited he was for them. For example:

Before the mainstream media began reporting the facts of the Pierre-Paul incident, a few Twitter users with now-deleted accounts emerged saying they had spent the evening of the 4th with the 26-year-old Pierre-Paul and his exploding instruments of good times/destruction.

The van Jason Pierre-Paul was reportedly transporting fireworks in. @lizardstout says she was lighting them w/ him. pic.twitter.com/BzXrmbVrln 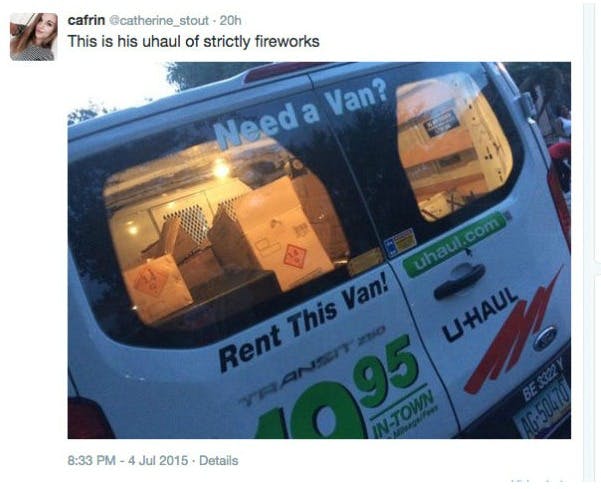 It’s hard to know at this point whether Pierre-Paul really used a U-Haul to transport his huge haul of fireworks, but you can see in the Instagram videos below that he was definitely standing near a U-Haul truck and talking about fireworks.

Does it seem silly that Pierre-Paul would risk his career and the potential tens of millions of dollars he could make in future contracts to blow up a few (or, in his case, a van-load of) fireworks? Yes, it does. Because unless you know exactly what you’re doing, you should remember that fireworks are basically just lit pieces of gunpowder that are manufactured to blow up in the sky.