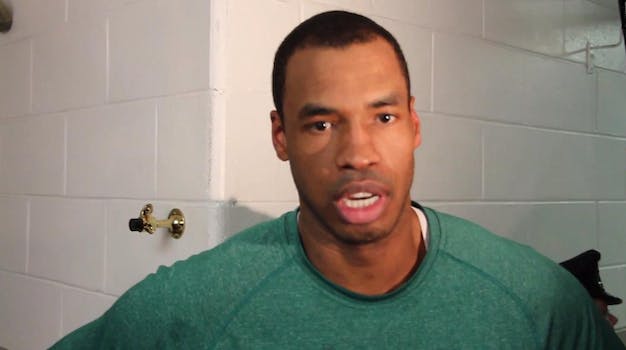 In a Sports Illustrated editorial, the NBA veteran claimed he would have been happy for another athlete to be the first to speak up about being gay. No one else has, so he decided to.

He confessed that, without the constant distraction of basketball, the 2011 lockout forced him to “confront who I really am and what I really want.” Watching his former college roommate, Massachusetts congressman Joe Kennedy, taking part in Boston’s 2012 Gay Pride Parade made Collins realize he had to publicly reveal his sexuality as he wanted to “march for tolerance, acceptance and understanding.” He’ll be taking part in this year’s parade with Kennedy.

Friends, fans, and supporters of equal rights took to Twitter to congratulate Collins. Among those offering well wishes were his college classmate Chelsea Clinton and her father, Bill; Kobe Bryant; equal marriage activist and NFL kicker Chris Kluwe; and John Amaechi, a former NBA player who came out after his retirement.