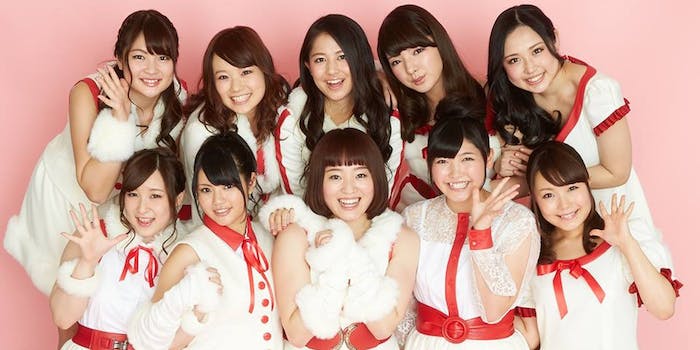 It stands to reason that different countries might have differing standards of attractiveness. However, Japan might be taking things overboard with this one. According to Asian Junkie, Avex, the holding company for a handful of entertainment-related businesses, recently partnered up with fashion magazine CanCam to produce a new idol group.

For those unfamiliar with the terminology, “idols” in Japan are pretty much what you might think they are: attractive media personalities who are often treated, thanks to a mixture of careful marketing and personal appeal, with near worship by their fans. They’re also an exceedingly common phenomenon, with new groups springing up seemingly every other day. Nonetheless, there’s a reason as to why Avex and CanCam’s new venture is drawing so much attention. Unlike the others out there, this one only features “chubby girls.”

It’s really as silly as it sounds, especially after one has taken a gander at Chubbiness’s (yes, that’s the name they went with) conglomeration of lasses. While uniformedly round-cheeked, few of these girls would pass for overweight in many other countries. And even if they did, it’s still a god-awful idea to label them Chubbiness. Seriously, which marketing genius came up with that name?

Chubbiness plays on Japan’s current obsession with “marshmallow girls,” a fad which was initiated by La Farfa magazine. While not everyone has taken to associating women who are not willow-thin with a positive adjective, many seem to be warming to the idea of a more varied physical ideal.