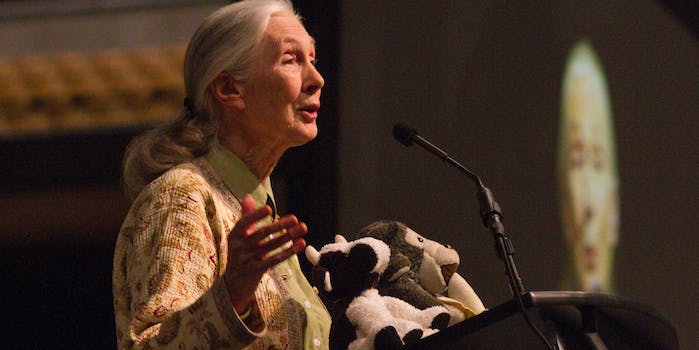 Goodall is sympathetic toward the zoo director.

The outrage over the Cincinnati Zoo’s killing of the silverback gorilla named Harambe after a 4-year-old boy fell into his enclosure on Saturday has led nearly 390,000 people to sign a Change.org petition demanding the boy’s parents be held accountable.

And now that Donald Trump has weighed in with his thoughts, noted primatologist and anthropologist Jane Goodall, who’s well known for her work with chimpanzees, has released an email she sent to Cincinnati Zoo Director Thane Maynard on Tuesday.

In the correspondence, Goodall writes that it looked like the gorilla was trying to protect the child, and she wonders how the rest of Harambe’s family is coping.

Here’s the email in full. 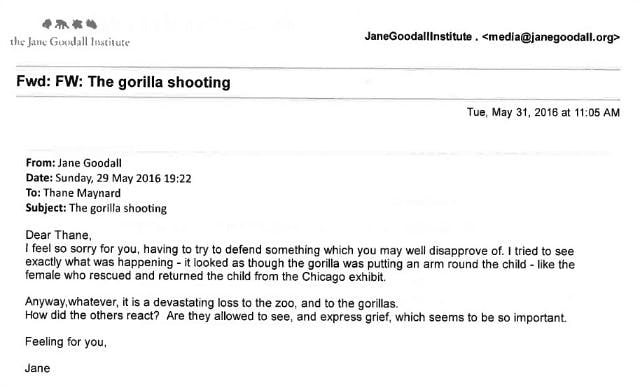 Goodall probably is referring to the case of Binti Jua—who, in 1996, cradled and protected a boy who fell into her area at the Brookfield Zoo in Chicago before zoo workers could rescue the boy from the enclosure.

Maynard has said all along the zoo workers couldn’t shoot the gorilla with a tranquilizer because that might have temporarily enraged him and, thus, they had to kill the 17-year-old Harambe in order to save the boy’s life. Maynard has also received the support of celebrity zookeeper Jack Hanna.

Hanna told CBS on Monday that the Cincinnati Zoo “made the correct decision.”

“A human being is alive today because of the decision the Cincinnati Zoo made,” Hanna said, as reported by USA Today.

As Goodall’s letter implies, though, the debate will continue onward as animal lovers continue to mourn Harambe’s death.