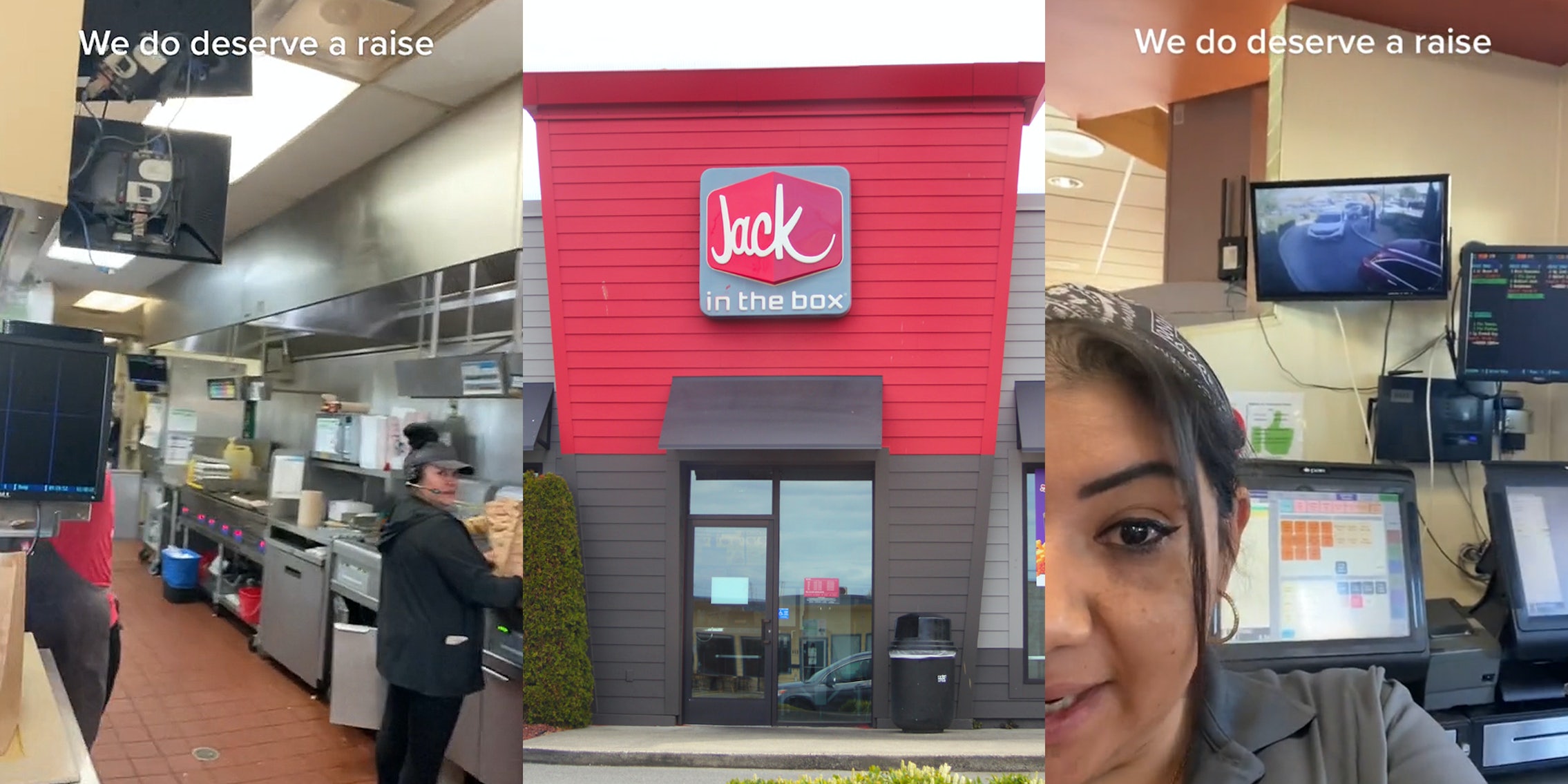 ‘When they say you don’t deserve the raise, but then you’re like this by yourself’: Jack in the Box worker shows what goes on behind-the-scenes after not getting raise

'That’s why I left Taco Bell.'

One fast-food employee is putting the restaurant she works for on notice following their refusal to give her a raise, she said.

In a recent TikTok video viewed more than 500,000 times, user Joana Alarcon (@joanaalarcon340) calls out Jack in the Box for not giving her a raise despite her and other workers’ dedication to the job, particularly at a time when their location is low-staffed.

“When they say you don’t deserve the raise but then you’re like this by yourself,”  Alarcon says in the video, while panning the camera to herself and two other workers as a machine beeps continuously in the background.

In a follow-up video this month, Alacron says she does love her job, but she’s displeased with the pay not matching the amount of work she and others put in.

“Just to clarify, I do like my job, I love my job,” she says. “I’ve been working at Jack in the Box for the past, about, four years, and it’s been great. Other than the pay, it’s great. I love customer service, but there’s some times you just feel under-appreciated because you do so much, and you don’t get anything in return.”

Alacron says she does her best to serve customers, especially the elderly and regulars, but there are times when her restaurant doesn’t have enough manpower to keep their lobby open or work at the pace customers would like.

“For all my fast food workers, high five,” she says. “It’s not easy… I wanted to get through people’s heads that we’re under-appreciated when it comes to pay and then from our customers—they don’t really understand that we’re trying to work. It’s just, we don’t have people.”

Workers in food preparation and serving industries were some of the hardest hit during the COVID-19 pandemic and already suffered from low benefits and pay even before the pandemic, according to the U.S. Census Bureau. The U.S. Bureau of Labor Statistics reports the average annual wage for food preparation workers in May 2021 was about $ 28,810.

In the comments section of her video, Alarcon said the Jack in the Box location she worked at was located in California, which has some of the highest average salaries for food preparation workers. However, the state also has some of the highest rates of poverty in the U.S., and inflation has only exacerbated its high cost of living, the nonprofit CalMatters reports.

Commenters sympathized with Alacron’s original post, with many drawing on their own experiences working in the fast-food industry.

“That’s why I left Taco Bell only had 2 ppl working on a rush and expected us to execute flawless numbers,” one commenter said.

“Fast food is not easy it’s so difficult and draining,” another person said.

Jack in the Box has not responded to The Daily Dot’s request for comment via Instagram direct message. The Daily Dot has reached out to Alarcon via TikTok comment.