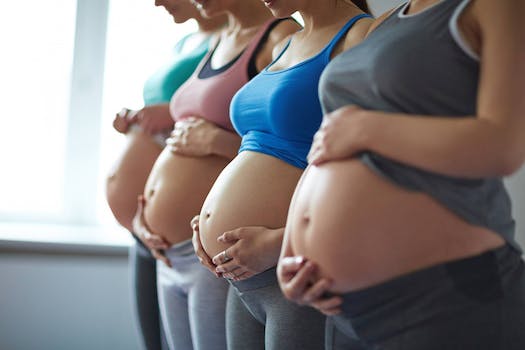 The Earth has several billion more people than it can reasonably sustain—and yet humans have set up economies in such a way that a lack of children equates to a crisis. That’s what’s currently happening in Italy—which averages around 1.35 births per woman—so the country instituted its first national “Fertility Day” yesterday, and began instituting PSAs encouraging women to get pregnant.

However, not everyone is pleased with the propaganda. Many are calling out the campaign for racism and encouraging stereotypical views of women and motherhood.

According to the Washington Post, the ads about fertility included one featuring a woman holding an hourglass with the tagline “Beauty doesn’t have an age. Fertility does.” Another one said, “Hurry up! Don’t wait for the stork.” Those ads were dropped, but have been replaced with one that many are saying is even worse.

The new pamphlet features white couples having fun on the beach in comparison to an image of a black woman doing drugs, i.e., these are the “good habits to be promoted” and bad company to be “abandoned” in order to be fertile. People have been complaining under the official #fertilityday hashtag, as well as #fertilityfake.

Somehow, the new #FertilityDay materials have managed to outdo the offensiveness of the previous ones. https://t.co/boP8DOSOcV

The second #fertilityday campaign manages to be (allmost) more offensive than the first one. Double shame on @BeaLorenzin #FertilityFake pic.twitter.com/CUV0YjJ2uk

Aside from all the imagery and taglines, people are also criticizing the Ministry of Health for not understanding why people aren’t having children. It’s not a lack of desire, but a lack of good jobs and resources like day care that would support people in having kids. “It’s shameful that a health minister who never graduated from college is telling intelligent women with college degrees who are forced to work in pizzerias because there are no other opportunities that they are the problem with the system,” Rebecca Winke, a B&B owner living in Assisi, told the Washington Post.

Perhaps there is another solution to what Italy sees as a population problem. In April, NPR reported a story on the Italian town of Riace, which, like many small towns, has faced large amounts of unemployment and an aging population. In the past 18 years, Riace has taken in over 6,000 refugees. Mayor Dominico Lucano offered them housing in abandoned buildings and job training, and now many local businesses are thriving again. “The town is now full of people. Before, there was nothing, no work,” said one local.

So instead of making more Italians, maybe the government could welcome potential citizens who need a place to call home.