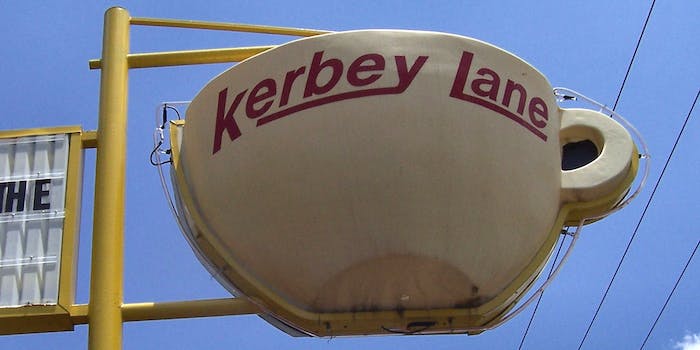 After a post about their experience went viral, the popular brunch restaurant took to Facebook to apologize.

What would you do if you went to a popular local brunch spot with a friend, only to be told to “go back to Saudi Arabia” and loudly humiliated while not a single person in the restaurant comes to your defense?

That’s what Sirat Al-Nahi said happened to her and her friend Leilah Abdennabi when the two women went to Kerbey Lane Cafe in Austin, Texas,  on Sunday morning. In a painful Facebook post, Al-Nahi wrote that she was waiting to be seated while Abdennabi parked the car. That’s when, she claims, a customer in the restaurant began mocking the two women with racist, Islamophobic comments—even taunting her to “shoot me” and suggesting Al-Nahi might “have a gun.”

According to Al-Nahi, the worst thing about the incident wasn’t just that a man harassed her and her friend, but that no one in the restaurant did anything about it. She described standing in tears, then complaining to the management—who quietly said there was nothing they could do. And as the two women left in anger, they said, another customer joined in the harassment by calling out to them that nobody cared.

“We want to publicly apologize for the way this was handled,” read the first Kerbey Lane statement. “We do not condone discriminatory comments or behavior in any way, shape, or form; and according to our policy the guest who made these hateful comments to another guest should have been asked to leave our restaurant. This was a mistake made by our management, and we are addressing it with that individual.”

Late Sunday night, the restaurant’s CEO, Mason Ayer, issued a much longer statement that was posted both on the Facebook page and the restaurant’s website. In the statement, Ayer described his conversations with the women and his disappointment in the way his staff and the other customers handled the incident.

“It is not the fault of our store leader that she doesn’t know how to handle a heated, hate-filled assault by one of our guests directed at another. It’s my fault,” wrote Ayer. “It’s my fault because she hasn’t been trained for this situation. All of our team members understand that racism and intolerance are unacceptable in any context, but as the leader of our organization it’s my responsibility to ensure that in a situation such as this one our store leaders know how to handle the situation in a way that best ensures the safety of our guests and team members while also ensuring an unwelcome patron is removed from the restaurant.”

Photo via Steve Santore/Flickr (CC BY 2.0) | Remix by Jason Reed