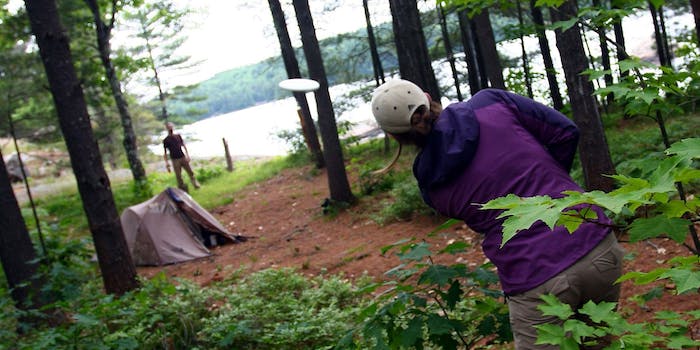 He uses every trick in the book.

Few people would argue that playing the odd game of Frisbee golf means you’re likely to be a hardened criminal. But something about one player’s disc bag rubbed an Iowa police officer the wrong way, inciting him to try time and time again to trick the man into admitting that he smoked weed.

“Everybody that plays frisbee golf smokes weed,” the officer insisted, repeatedly trying and failing to get a reaction. “It’s everybody man, you can’t tell me you’ve never smoked weed before.”

Throughout the video, uploaded to YouTube by user TheResistantCow, the driver refuses to give in to the cop’s unscrupulous investigative strategy. Since the video first surfaced online, the Iowa police force has apologized for the incident, describing the officer’s actions as “ignorant.”

Officer Aaron King “engages the driver in a line of questioning that is foolish and not representative of the Ankney Police Dept.’s training or interactions with the public,” said Police Chief Gary Mikulec. “This verbal exchange did not meet the level of professionalism expected on Ankney police officers.”