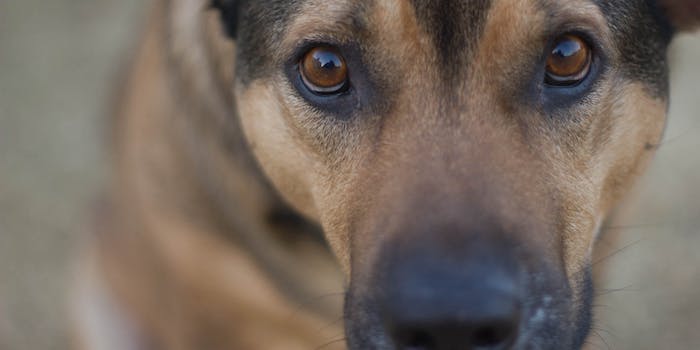 The Internet rallied to try to save Ebola patient’s dog

The husband of an Ebola patient wanted to save his dog from being euthanized.

The cats and dogs of the Internet are trying to save the dog of an Ebola patient set to be euthanized by Spanish authorities.

Javier Limon Romero, the husband of the woman currently being treated for Ebola in Spain, pleaded for his dog’s life to the Spanish nonprofit Asociacion Protectora Villa Pepa. He publicly called out the Community of Madrid for wanting him to “sacrifice my dog” and said that they were going to get a court order so they could enter the house to get to the dog. Official fear that the dog could potentially be a carrier of Ebola.


“A dog should not be contagious to a person and vice versa,” the translation read. “If they are so worried with this issue I think we can find another type of alternative solutions, such as quarantining the dog and put him under observation like they did with me. Or should they sacrifice me as well just in case?”

Fellow pet owners rose to the occasion. One woman set up a Change.org petition, and it’s already gotten more than 370,000 signatures. Others have taken to Twitter using the hashtag #SalvemosAExcalibur (“Let’s save Excalibur”) to show their solidarity.

Protesters are holding a vigil outside Romero’s home, where the dog is currently under quarantine.

El Mundo reported earlier today that Excalibur had been put down, but a spokeswoman for the Complutense University of Madrid denied it.

Spokeswoman of @unicomplutense says the @elmundoes story which said #Excalibur was put down is “wrong” and “completely false.”

Update 12:34pm CT: Despite protesters gathering outside the apartment, Madrid Health Minister Javier Rodriguez confirmed the dog had been euthanized, according to reports in El Pais and El Diario; its body will be incinerated as a protective measure. Meanwhile, the outpouring of support for Excalibur continues over on Twitter.