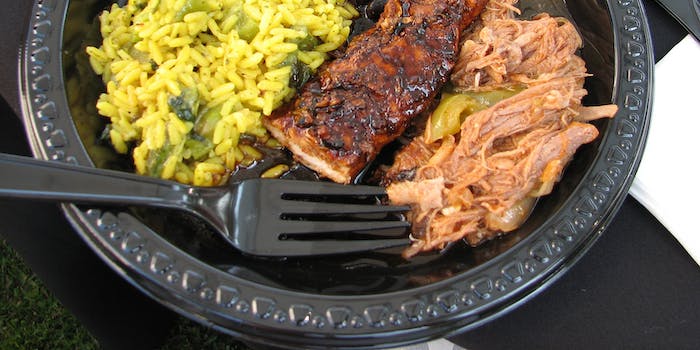 Are all those Instagram food photos making us less hungry?

Looking at a food repeatedly can kill our cravings for it, a study finds.

Could the photographs of food that your friends share incessantly actually be ruining your appetite?

A new study from Brigham Young University concluded that looking at countless photos of food–even food that you actually enjoy–may actually lessen your craving for it. Researchers point to the fact that “over-exposure to food imagery increases people’s satiation…defined as the drop in enjoyment with repeated consumption.”

“In a way, you’re becoming tired of that taste without even eating the food,” Brigham Young marketing professor Ryan Elder, who co-authored the study, explained. “It’s sensory boredom – you’ve kind of moved on. You don’t want that taste experience anymore.”

If this is the case, could sites like Pinterest and Instagram be potential keys to weight loss? Each day, thousands of users upload images of everything from fully-cooked meals to steaming Starbucks lattes to these and other social media sites. That is a lot of food that your eyes are consuming–and that your stomach is not.

“You do have to look at a decent number of pictures to get these effects,” Elder said. “It’s not like if you look at something two or three times you’ll get that satiated effect.”

The Brigham Young University findings arrive after a July 2013 study that found Instagram photos of food can actually make it taste better… to the photographer. In the study, researchers from the University of Minnesota and Harvard University discovered that the now-present ritual of Instagramming food before consuming it enhanced the eating experience.

If both of these studies hold up, sharing food photos makes your food taste better and makes your friends crave it less. Maybe the constant bombardment of food photos on Instagram isn’t so annoying after all.

Photo via Mulling It Over/Flickr