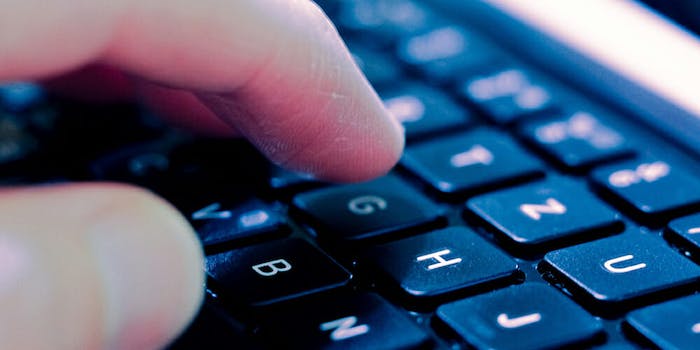 An online “suicide forum” that is run by self-identified incels, or involuntary celibates, is being blamed for urging a depressed woman to take her own life, BuzzFeed News reports.

Police in Pennsylvania are investigating the death of 25-year-old Shawn Shatto, who took her own life on May 22. Following her death, her mother, Jacqueline Bieber, shared photos of her daughter’s engagement in the online forum where others encouraged her to commit suicide.

One of the founders of the forum, Marquis, has told BuzzFeed he’s an incel, which is a group of men who blame women for their own inability to engage sexually or socially with women. Incels believe they are entitled to women and their bodies. Their online fraternities, where they engage in anti-feminist and misogynistic propaganda, stem from their shared hatred for women, especially those who have rejected them. Their online hatred often manifests into violent—and fatal—actions in real life. Incels also tend to suffer from a range of self-image issues, such as body dysmorphic disorder, and have been known to spend thousands on plastic surgery on their faces.

Marquis, who identifies with this group, has told BuzzFeed that he runs the forum that entertained Shatto’s suicide ideation and even cheered her on until the last minute to take her own life.

Two days after Shatto’s death, Bieber shared the photos to raise awareness about the website where people urged her daughter to take her own life.

“I never knew she was going to a place like this or that it even existed,” she wrote about her daughter, who was severely depressed. “But I wanted to bring awareness to people. Where are advocates to help that LIFE is another choice?”

I have had many questions on how Shawn lost her life. I hesitated to even post this but feel the need to. many of you…

The photos show a post by one user, likely Shatto, who wrote she “just took it” and was “fucking terrified.” While this sounds like a call for help, others on the forum wished her “good luck” and a “smooth travels” and “peace.” One person tried to warn her that it might not work given that her mother was at home with her.

Marquis, a 25-year-old from Virginia, defended the forum’s activity and said there’s no direct link between the “pro-choice” suicide forum and the other incel-based platforms he runs. He told BuzzFeed that he co-founded platforms such as Incels.co, Incels Wiki, Looksmax.me, Blackpill.online, and the Manosphere, a platform for men who believe they are the oppressed.

He also claims that neither he nor his co-founder “Serge” had any “malicious intent” in creating the pro-suicide forum. He did it to defy “censorship” and enable free-speech, but a 24-year-old British man, Alex, was banned from the group when he questioned the group’s link to incel members.

Alex told BuzzFeed he suffered from mental health issues and was looking for a space where he could talk about suicide “without risking hospitalization.”

In a post that’s since been deleted, Marquis responded to users’ questions about his link to incels, and said he acknowledges it’s “a bad look.” Marquis had previously defended the group’s mission and criticized Shatto’s family for holding the forum responsible for her death.

“We will not let the outrage mob get this forum taken down,” he’d said, according to BuzzFeed.

He told BuzzFeed that he put men in the incel forums on the same level of women in the suicide forum and that the women “are suffering just like the incels are.”

Police in Pennsylvania are determining whether there’s any “digital evidence” against the website and are working with the district attorney’s office to see if they can hold the website accountable per the family’s allegations.

A website name as seen from Bieber’s photos has a list of disclaimers that alienate it from the actions taken by those on the forum.

“Our website does not encourage suicide and all information provided is for educational purposes only. We only offer a place to discuss the topic of suicide; in order words, we offer free speech,” it says. “Regardless, there might be days where the forum is on the public eye; when those days come, don’t panic. Suicide is a taboo topic, and thus we must be the mature party and not succumb to paranoia or fear.”

The language appears to capitalize on the vulnerability of those who may be suffering from mental health struggles, acknowledging the taboo about the topic, and using that as a measure to defend the site’s conversations, billing it as “free speech.”

But that’s not enough for Bieber, who told BuzzFeed, “This is not free speech. This is murder. Someone needs to be held liable.”

Alex pointed out the “huge possibility for vulnerable people to get preyed on by dangerous people” given the sites being run by the same people.

This is not the first time digital forums or conversations have entertained young people’s suicide ideation and pushed them to it. A few days before Shatto’s death, a teenager in Malaysia took her own life after followers voted on her Instagram poll to do so. In 2017, a 20-year-old Massachusetts woman was sentenced to prison for the 2014 involuntary manslaughter of her then-boyfriend by urging him via text messages to take his own life. Her defense maintained that her messages cheering him on—even when he had second thoughts about going through with it—would be protected under the First Amendment.