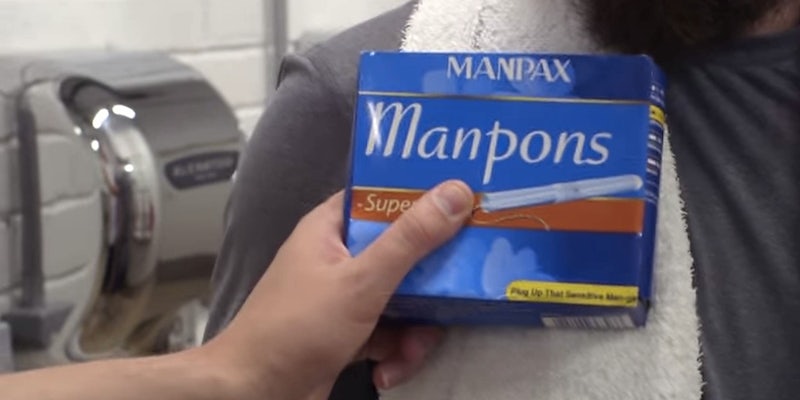 Imagine, if you will, a world in which men had their periods

The hilarious video was produced in honor of Menstrual Hygiene Day.

Thursday might be National Hamburger Day, but did you know it’s also Menstrual Hygiene Day? While you’ll probably be spotting a lot of burger photos on Instagram and tweets worshipping at the altar of beef, you’ll probably read a lot less about an initiative to make sure women have access to safe and clean toilets.

As part of its #MakeItHappen campaign, WaterAid UK created a video called “If men had periods,” which depicts a world in which beefy men bought “manpons” for their monthly cycles. 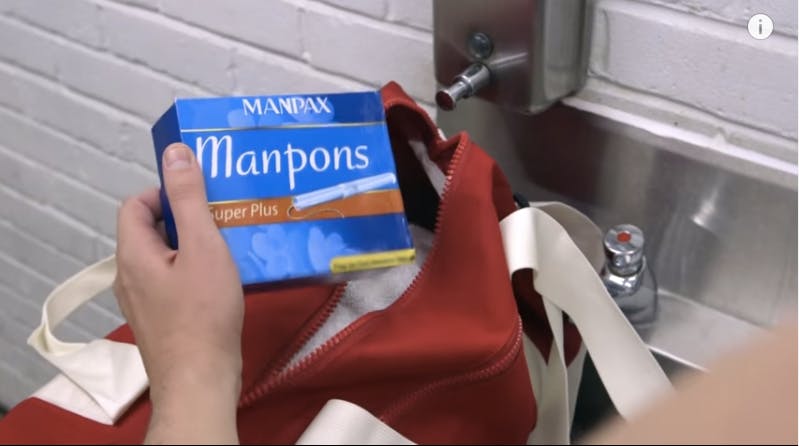 The YouTube description reads: “If men had periods they would be considered a sign of virility, men would brag about them on Facebook, #imonmyperiod would probably trend regularly on Twitter, and tampon adverts would be fronted by celebrities.”

In the grand tradition of deodorant and shaving gel commercials, WaterAid imagines what hyper-masculine advertising tactics would look like when applied to menstrual products.

“Menstruation is an important women’s issue,” WaterAid’s Chief Officer Barbara Frost wrote in a press release. “One in three women around the world do not have access to a toilet during their periods and having to find a safe place after dark is both undignified and risky.

“Millions more suffer discrimination because of beliefs that they are ‘contaminated’ or ‘impure,'” Frost continued. “Stigma about menstruation means women do not seek the help and information they need, while the lack of hygiene facilities in schools is a major reason for young girls dropping out of education when they reach puberty.”

Of course, anyone who has ever menstruated knows that it’s like fighting a battle against your body each month, so seeing your period as a sign of your strength is nothing new. News flash, boys: We’re a lot tougher than you are.