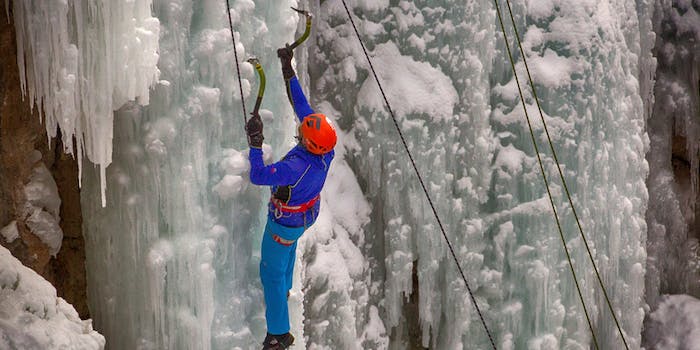 This accident is nothing short of terrifying, and it was all caught on Mark R.'s helmet cam.

Mark R. was ice climbing with two other people in North Wales when he got knocked off by a patch of falling ice.

What happened next is nothing short of terrifying—and it was all caught on film:

“‘Oh shit’ was probably my thought, but the speed at which events took hold mean I knew it was going to go some distance,” Mark told BMC in August. “There was no feeling of panic, more a concerted effort to protect my head and what I could do to slow and stop myself before I got to the more serious rocky outcrops.”

Mark only ended up with a damaged ankle and bruises.

He filmed the incident on a head camera in February and was originally uploaded to Vimeo, but a mirror version made it to Reddit—where many were shocked that Mark didn’t end up even more injured.