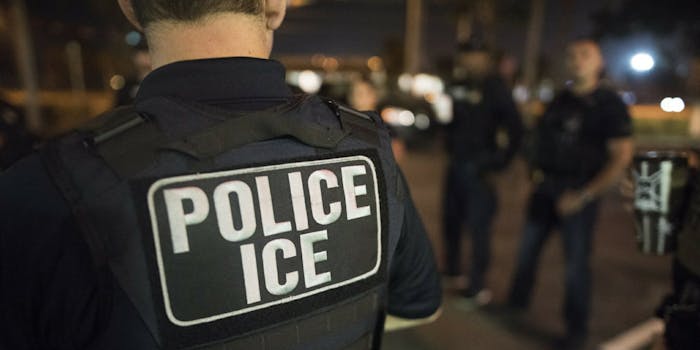 ICE has wrongly arrested more than a thousand Americans since 2012, report says

More than 1,480 U.S. citizens have been wrongly arrested by Immigration and Customs Enforcement since 2012, according to a report in the Los Angeles Times released this week.

The report found that hundreds upon hundreds of American citizens have been arrested by ICE under the mistaken belief that they’re deportation-eligible undocumented immigrants, and they’re sometimes jailed for months, or even years, while they try to prove their citizenship status.

According to the Times, part of the problem is that ICE relies on incomplete and error-riddled computer databases to determine who to scoop up for arrest. For a sense of the scale of the agency’s activities, it reportedly arrests about 100,000 people per year, sometimes breaking up immigrant families in the process. The number of U.S. citizens arrested, therefore, accounts only for a narrow sliver of its total activities, even though it’s still a startling figure.

One of the most jarring examples, which the newspaper report centers around, is a case that predates that six-year window of time, but it’s still hugely representative of the nature of the problem. An American citizen named Davino Watson was detained by ICE in the summer of 2008 and held in jail for more than three years despite informing agents that he was a legal citizen by way of his father.

Davino Watson is an American citizen. ICE held him in custody for 1,273 days. It's not the first time this has happened. https://t.co/GknaPEvlxQ pic.twitter.com/MXQUOEMc0s

After Watson was freed, he was awarded $82,500 in compensation for the error, but that was later reversed by an appeals court that ruled the statute of limitations expired in the case while he was still in jail.

According to the report, a spokesperson for ICE maintained that it takes such wrongful arrests and jailing seriously.

“U.S. Immigration and Customs Enforcement takes very seriously any and all assertions that an individual detained in its custody may be a U.S. citizen,” the spokesperson said.

ICE has recently become the subject of intense scrutiny and criticism among the progressive left, including some Democratic politicians and candidates. Some, like Wisconsin congressional candidate Randy Bryce, have even called for the agency to be abolished. Some others, however, like California Sen. and former prosecutor Kamala Harris, have defended ICE’s existence.