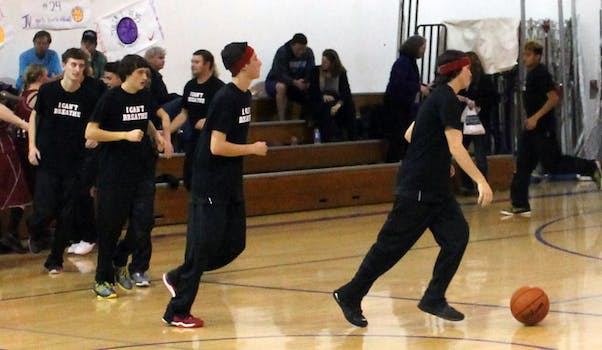 Parents and students see the ban as a suppression of free speech.

The boys’ and girls’ varsity basketball teams at Mendocino High School in northern California have been disinvited from a tournament at a neighboring school, due to concern that players would wear “I Can’t Breathe” T-shirts during the tournament.

According to The Guardian, the athletic director at Fort Bragg High School, where the tournament is taking place, disinvited the high school after varsity team members wore “I Can’t Breathe” T-shirts before a Dec. 16 game against Fort Bragg.

The slogan is a reference to the last words of Eric Garner, who died last July after being placed in a chokehold by an arresting NYPD officer. Garner’s death, as well as a grand jury’s decision not to indict the NYPD officer, led to nationwide protests last month.

Prior to the Dec. 16 game, team members had worn the T-shirts during warmups twice, without complaint. But while most of the members of the Mendocino boys’ varsity team agreed not to wear the shirts during the tournament, none of the female players agreed, prompting Fort Bragg administrators to disinvite them from the tournament.

“To protect the safety and well-being of all tournament participants it is necessary to ensure that all political statements and or protests are kept away from this tournament,” Rebecca Walker, the principal of Fort Bragg, said in a written statement Friday.

“We are a small school district that simply does not have the resources to ensure the safety and well-being of our staff, students and guests at the tournament should someone get upset and choose to act out.”

Fort Bragg’s decision to ban Mendocino High School players from the tournament has sparked outcry among students and parents, who see the move as an intimidation tactic and a suppression of free speech. Fort Bragg administrators have also said that fans who wear “I Can’t Breathe” T-shirts at the tournament, which starts Monday, will be asked to leave.

This isn’t the first time athletes have worn “I Can’t Breathe” T-shirts in public, as a form of protest against the deaths of Eric Garner and fellow police brutality victim Michael Brown. Earlier this month, the NBA’s LeBron James, Kobe Bryant, and Derrick Rose stirred controversy when they wore T-shirts emblazoned with the slogan during warm-ups, and Detroit Lions running back Reggie Bush also wore an “I Can’t Breathe” shirt during warm-ups.