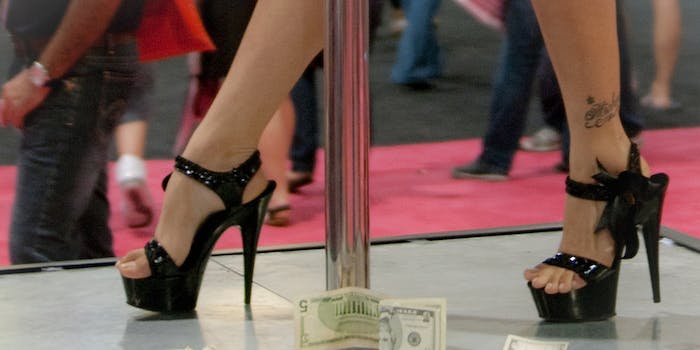 While Humble Bundle works with big name charities like Make-a-Wish and GamesAid, Hump the Bundle is having trouble finding organizations to work with. One bundle currently on sale is benefitting Able Gamers, a charity that fights for disabled people’s equality in the gaming world. (Adult performer Mercedes Carrera has also attempted to donate to Able Gamers by doing live cam shows to fundraise for the organization.)

Eventually, Hump the Bundle hopes to have bundles that support other charitable organizations, such as the Foundation for Sex Positive Culture and Angels’ Giving Tree. But Leftnut has gotten a slew of rejection emails from other charities he’s reached out to for partnerships.

“We emailed everybody and explained what we’re doing,” Leftnut says. “I think they would love to take the money, but they just don’t want to risk the association with us and the potential negative effects from, like, religious donors.”

Last October, adult performer James Deen also attempted to give money to various charitable organizations for Breast Cancer Awareness Month, only to have them reject his donations.

“We would run just as many gay bundles as we’d run straight. We’re totally, totally supportive.”

And it doesn’t look like the humping is going to stop anytime soon. Leftnut sees a future filled with bundles geared toward more specific audiences.