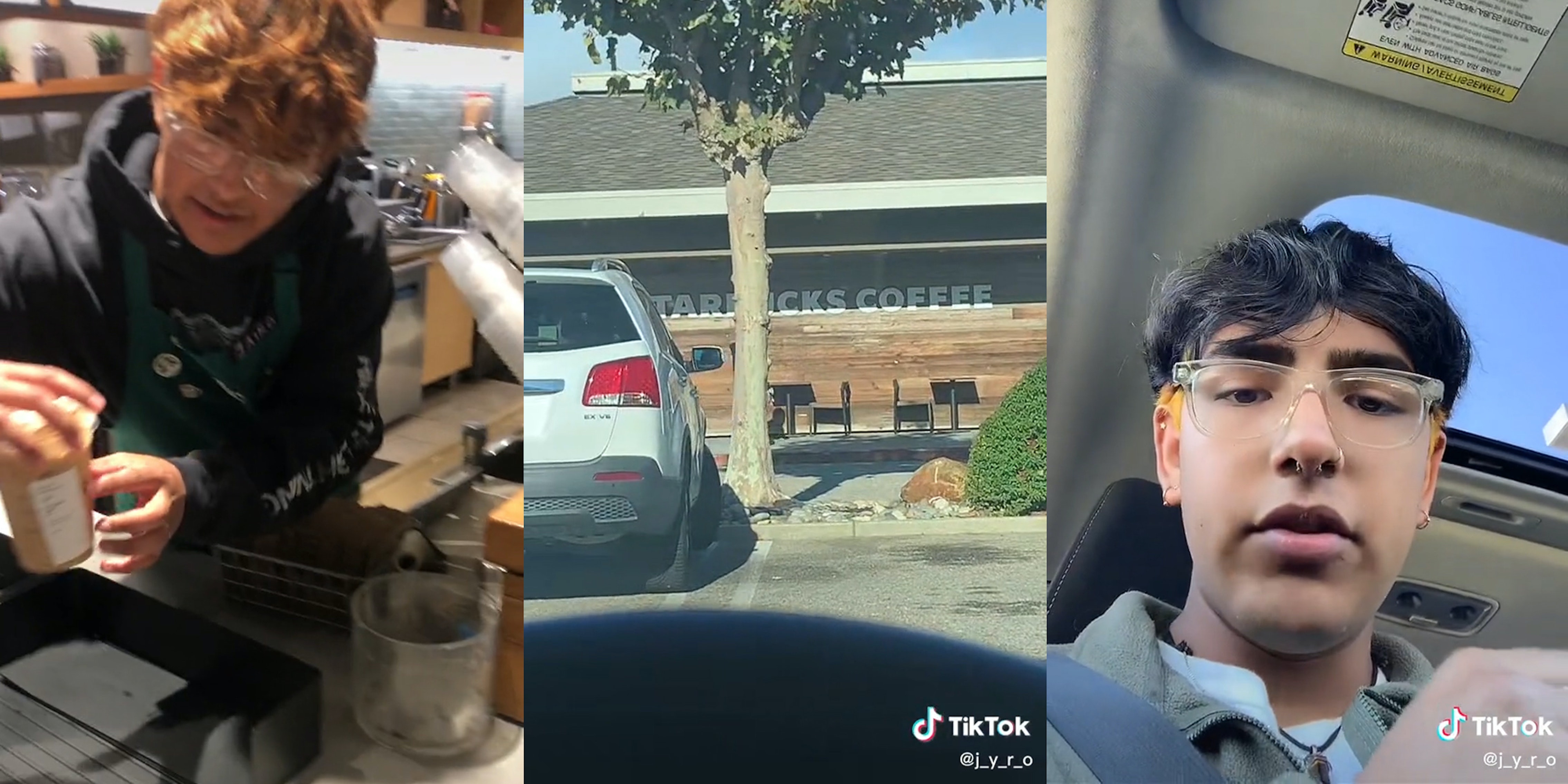 ‘Don’t curse in content’: HR professional shares PSA on how not to get fired for your TikTok videos

A human resources professional reacts to a TikToker being fired for posting a video of him cursing while wearing his uniform, sparking discussion on how to avoid getting in trouble with your job for posting content.

TikToker Corporate Bestie (@corporatebestie) stitches a video by Jairo (@j_y_r_o) on Nov. 26 where he shows himself walking into Starbucks to get fired after making a skit during his shift.

In the original skit posted on Oct. 10, Jairo tells the person filming to “open their fucking eyes” as they roleplay a customer asking which drink “has oat milk” at the mobile order pick-up area.

He later stitches his own video on Oct. 25, telling viewers that he was about to be “fired” after management found his skit.

Corporate Bestie breaks down why management may have fired Jairo over his skit as part of her series in which she uses “real TikToks” to show viewers “how to prevent [themselves] from getting in trouble at work” while posting content online.

In the stitched video, the text overlay reads, “Don’t: film on company property, film in uniforms, or using identifiable logos or products. Don’t curse in content filmed at work or in company uniforms.”

The video has reached over 585,000 views as of Monday. Many commenters shared their experiences of getting into muddy water with their company’s HR over the content on their personal social media accounts.

“I’ve had a couple of close calls. it just isn’t worth it for a few likes,” one user said.

“I learned this when I worked at McDonald’s when I was 18. Lot of folks sadly don’t know this,” another wrote.

However, others feel that it is “common sense” to avoid posting about your company without permission.

“People take PR upon themselves without authorization from the company and then wonder why they get fired lol,” a commenter wrote.

“I never understood why people think they can do whatever they want when they are at work,” another said.

“When you’re in uniform you’re representing the brand. Common sense,” a third added.

The Daily Dot reached out to Starbucks and Corporate Bestie via email and to Jairo via Instagram direct message.