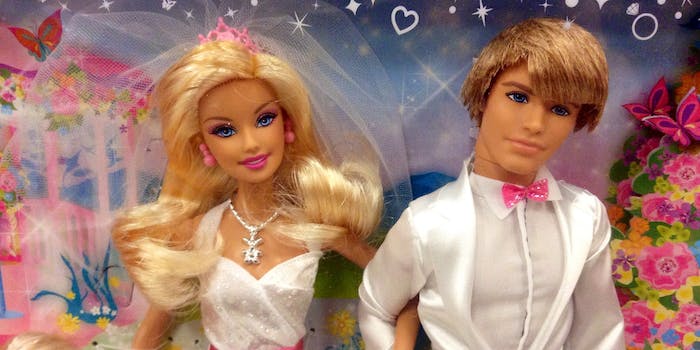 In the black hat genre of misogynistic video, a five-minute News Tunz clip of some doofus using a chart to illustrate the characteristics of the perfect wife should be a lightning rod for frenzied social media chatter.

After all, who would want to hold back the snark and trash talk at a man who is billed as the sexiest man alive yet looks like a cross between your 10th grade algebra teacher and a door-to-door aluminum siding salesman? The sidearm hooked into his belt and pocket protectors are nice touches.

From a creative standpoint, this unidentified dude is not much of an original thinker. His concept is a rip-off of a brief bit from How I Met Your Mother by Neil Patrick Harris where he explains his take on the hot/crazy scale of identifying women. As womanizer Barney, Doogie Howser pulls it off in a harmless, “yes I’m a cad, and I’m proud of it” manner.

Our witless host and would-be life coach for the hapless male has the rankings on his chart backwards which is one more reason not to take his performance seriously. For the sake of accuracy, the top right portion of his chart is where the most desirable wife traits should land, not the bottom right.

But given the outrage and social media venom that should come from the sharing of this video, being a lousy analyst is the least of this clown’s problems.