How to crowdfund your wedding without being the worst

Asking for money as politely as possible

A distraught husband took to GoFundMe recently, asking for money so he could give his wife a second wedding after a car crash took her memories of their first one. In just one month, Jeremy Stamper has raised more than $10,000 for his bride, Justice, exceeding his initial $5,000 goal.

Stamper’s instinct to ask the public for wedding funds is emblematic of a trend that’s gained popularity in the wedding world of late. Countless crowdfunding pages have been set up with heartfelt stories of just how much a donation would mean to the happy couple. Offbeat Bride even posted this example of how to word an invitation that asks for donations in lieu of gifts (including a space for the couple’s bank account information for easy wire transfers.)

This new trend flies in the face of Emily Post-worshippers and pearl-clutching etiquette gurus: Wedding site The Knot explicitly says crowdfunding your wedding is “not okay,” and The Gloss called it “poor etiquette.” Just last week, Amber Roof, sister of confessed Charleston massacre shooter Dylann Roof, was apparently forced to take down her wedding crowdfunding page after people accused the fundraiser of being uncouth.

And yet, weddings keep being funded, with the trend showing little sign of stopping. While you may be shocked to find a crowdfunding link printed at the bottom of a save the date card, there’s no rule against simply asking. So if you’re hoping to set up a funding site for your wedding that isn’t horribly tacky, here are some things to keep in mind:

1) Ask yourself if this is necessary 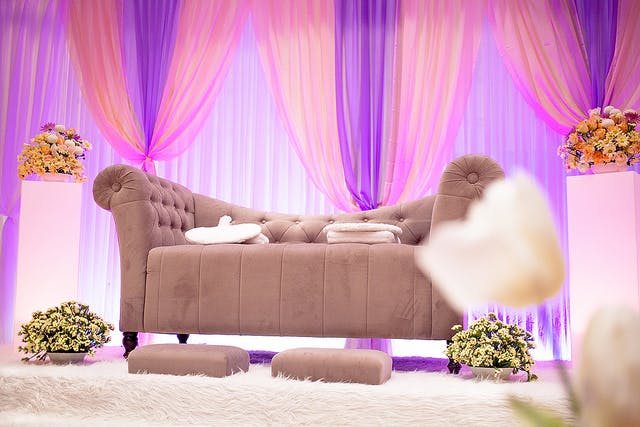 Some couples face really unforeseen circumstances, like last summer when the owner of one popular Brooklyn wedding venue ran off with all the deposits and eventually pleaded guilty to tax fraud and larceny. In that circumstance, some locals started an Indiegogo campaign for the affected couples out of the kindness of their own hearts. Many campaigns cite horrible medical bills, natural disasters, and other unforeseeable events.

However, a quick look on GoFundMe shows many couples asking for money because they don’t have enough to throw the “dream wedding” they believe they deserve. If that’s the case, sorry, but money is hard to come by for just about everybody. You’re certainly not entitled to more money just because you’ve decided to get married. You can still ask, but you’ll probably end up with a bank account full of side-eye.

2) Get the most from your money 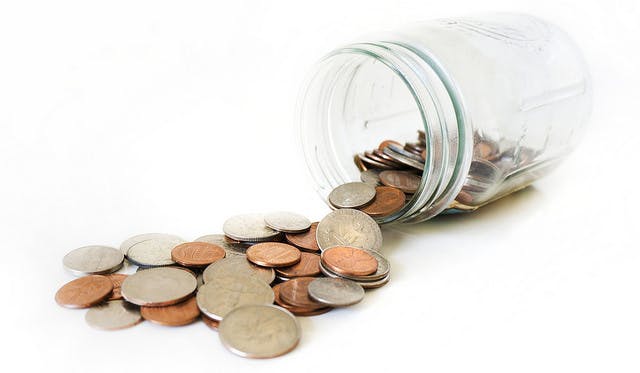 A quick look at some crowdfunding pages show a great deal of them were set up as easy ways for family and friends from around the country who already wanted to give some money to easily do so. This is a solid idea. However, it might not be the most economical, since most crowdfunding sites take a cut from the earnings. GoFundMe costs 7.9 percent plus 30 cents per donation; the Crowded Wedding takes 3 percent of your campaign total. It may still be the easiest, but make sure you’re getting the most of your friends’ and family’s generous donations. 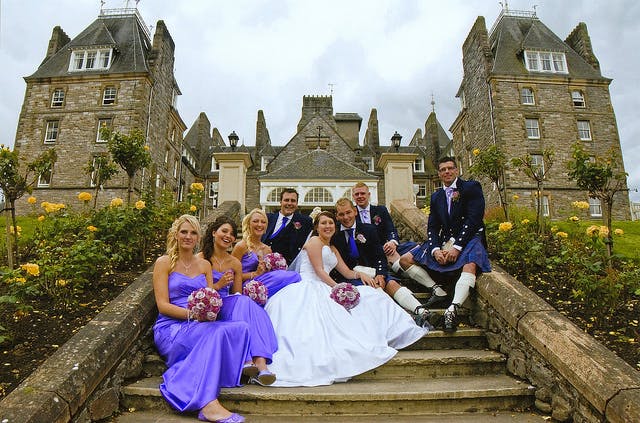 Your Champagne wishes and caviar dreams should not weigh heavy on the shoulders of your loved ones. If you need to crowdfund, set your sights on a small and affordable event. Take out the hand-calligraphed invitations, the thousand-dollar orchid arrangements, and the 12-piece band, and opt for things like e-vites and DIY centerpieces.

And if people wind up giving you more than you expected—great! You can put that money toward a honeymoon, a down payment, or give it to charity. 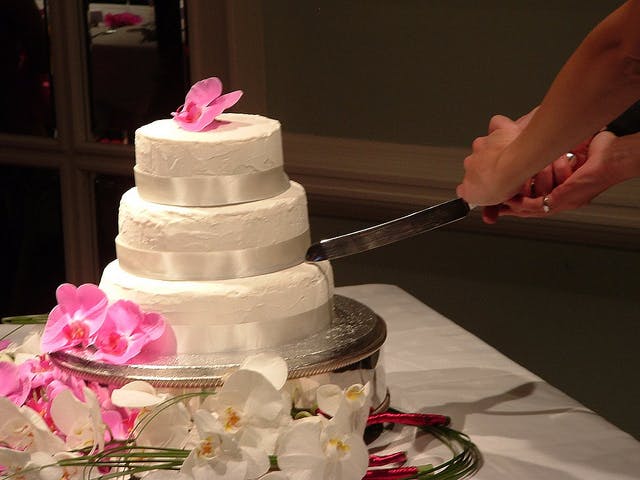 Everybody could use some extra cheddar, so “please give us money” is not exactly a compelling call to action. Instead, break it down to specific things you want to get with the donations, including their approximate costs for clarity. Say you need $200 for the cake, or $300 for the DJ, and update the page with what you’ve been able to accomplish with the donations so far. That way, your guests don’t feel like they’re throwing money into a greed pit. 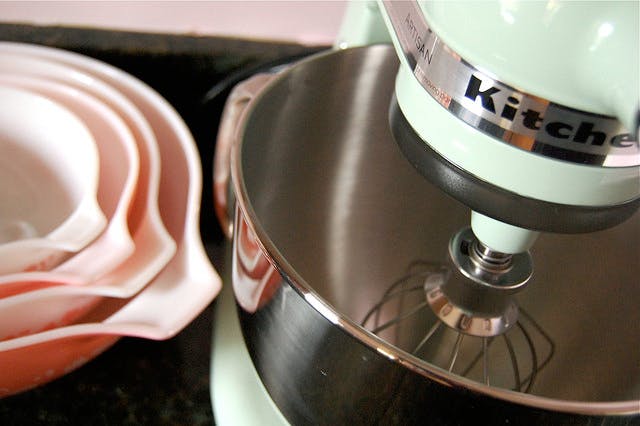 You should actually never expect gifts, because they’re, you know, gifts. But if you’re going to ask for money to pay for a wedding, it should be in lieu of gifts. Cousin Mary should not be expected to chip in $100 for your dinner service on top of the money she was already going to spend on that food processor.

6) Remember, even if you get zero dollars, you can still get married 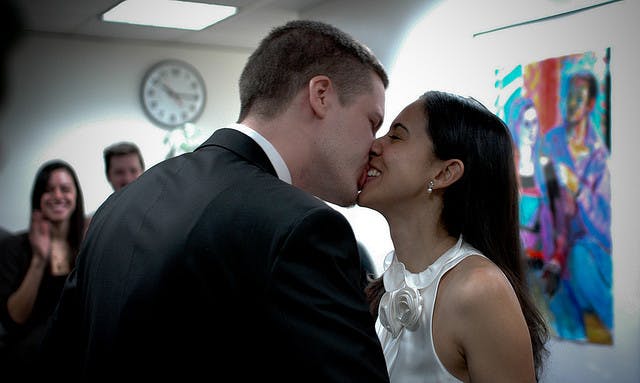 Most marriage licenses cost between $10 and $100. Ultimately, that’s the only real cost associated with being legally married. Yes, our culture puts a lot of emphasis on weddings and the emotions and communities they represent, but if you just want to get married, you can absolutely do that.

And if your goal is to have a great wedding, remember that the people, not the bells and whistles, make the day meaningful and fun.