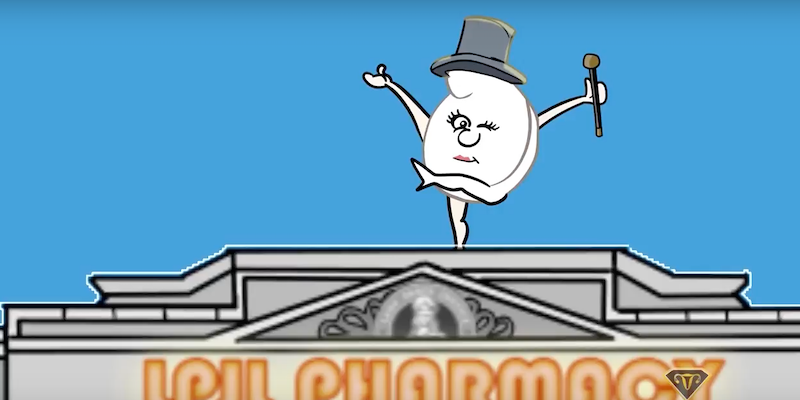 This ‘Schoolhouse Rock’ parody explains how Plan B actually works

Hint: It has nothing to do with abortion.

Tired of explaining to friends and family how Plan B isn’t an abortion pill? Show them this nifty Schoolhouse Rock parody instead.

A new YouTube video titled I’m Just a Pill cops the animation style and melody of the educational series’ song “I’m Just a Bill” to explain how emergency contraception works. In the video, a simple over-the-counter Plan B pill explains how she blocks pregnancies instead of inducing abortions, contrary to the narrative peddled by anti-abortion conservatives.

The video, created by reproductive rights nonprofit Lady Parts Justice League, opens to a pharmacy cashier telling a customer that he cannot sell her Plan B since he believes it facilitates abortion, and therefore goes against his religious beliefs. That’s when Plan B herself pops out of her package and details how she delays ovulation to a prevent pregnancy from happening in the first place.

“I’m just a pill—a kind of birth control pill—no matter what they say on Capitol Hill,” she starts to sing.

Whereas an abortion pill blocks hormones needed to maintain a pregnancy and thereby induces abortion, an emergency contraception pill, such as Plan B, works to prevent pregnancy in a variety of ways: delaying ovulation of an egg, inhibiting fertilization, or interfering with a fertilized egg’s implantation in the uterine lining.

Anti-abortion advocates argue that “life” begins when sperm fertilizes an egg, though the American College of Obstetrics and Gynecology states a pregnancy begins when a fertilized egg is implanted in the uterus. The emergency contraception pill cannot abort a developing embryo or existing pregnancies.

“I’m always here if you need me, and I’m really safe, so you don’t even need a prescription,” the pill tells a young woman. “I know I’m awesome, but please, always use a condom.”